“Religion is when people try to act good because they’re afraid to go to hell. A relationship with Jesus Christ is for people like me who have already been to hell.” – Brian “Head” Welch 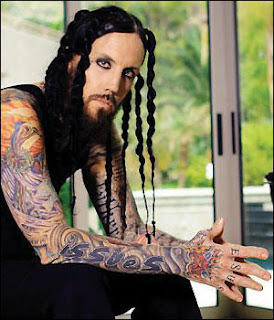 In early 2005, to the surprise of fans and the public in general, Brian “Head” Welch announced his departure from the multi-platinum, Grammy winning, metal band, KoЯn.  On the KoЯn website the band announced that they had “parted ways with Welch, who has chosen the Lord Jesus Christ as his saviour, and will be dedicating his musical pursuits to that end”.

Even after going forward to accept Christ at a local church, Head went home and got high on speed. Sitting there high, knowing he could not break the hold drugs had on his life, he cried out to God saying, “Jesus, if you are real, like that pastor said, then you’ve got to take these drugs from me.  Come into my life; come into my heart.”

After struggling for a couple weeks trying to believe if God was real or not, Head finally had his answer; He had a real, intimate encounter with God that would forever change his life. Instantly, love from the Holy Spirit poured into him.  The encounter Head had was so real and powerful, that he threw out all of his drugs the next day. 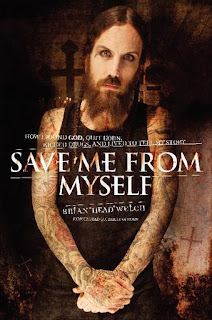 Celebrity conversions to Christ often result in the person’s faith being placed under the microscope by both Christians and non-Christians. This has been the case with Head. Welch has illustrated his walk of faith with the publication of his autobiography Save Me From Myself: How I Found God, Quit Korn, Kicked Drugs, and Lived to Tell My Story. During 2008 Welch recorded a solo album with the same title. Head carries on with the same nu metal style that brought KoЯn to prominence, but from a Christian perspective.

Head has also gone on to help form a group, The Whosoevers, who are dedicated to meeting with unsaved youth both within and outside the church, sharing Christ with them through music, art, and testimonies. Other musicians include Sonny Sandoval (lead vocalist of P.O.D.) and Lacey Mosley of Flyleaf, extreme freestyle motorcyclist Ronnie Fiasst, and Ryan Ries, a former marketing manager of a pro skateboard team, round out the group.

Video interview with Welch sharing his acceptance of Christ

Reginald “Fieldy” Arvizu, bassist of KoЯn also came to follow Christ, he has released his memoir, Got The Life: My Journey of Addiction, Faith, Recovery and KoЯn.

Welch is one of many secular musicians that have found Christ, and then continued their musical careers performing from a Christian worldview.  A few examples are listed below: