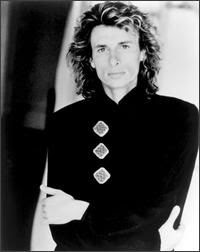 Steve Taylor’s music of the ’80’s and ’90’s was often considered controversial in the Christian music realm. While not being antagonistic to the organized church, Taylor did point out incongruities in the church. Taylor became well known for his use of satirical lyrics when denouncing these aberrations. His songs questioned if Christians were serving God sincerely. He was often inclined to step on Christians toes and deservedly so.

Taylor was one of the first Christian musicians to have sales of 100,000 to 150,000 per album. It seems the fans may have outweighed the nay-sayers, but what follows was typical of the comments delivered by his opponents.

“Why do Christians tolerate such mockery of the Lord Jesus Christ? What has happened to this generation of Christians, who claim they know the One who shed His precious blood for their sins, and yet they defend this wicked PERVERSION of their Lord and Saviour Jesus Christ! Twenty years ago such BLASPHEMY would be “run out of town”!
Wake up Christians!
Quit letting these C-Rock stars PERVERT your Lord Jesus Christ!” – Dial-the-Truth Ministries

Taylor’s use of new wave music set his music apart from the crowd.  While commonplace in the early ’80’s mainstream market, Christian music had few artists that embraced this genre. The primary influence for Taylor’s acceptance of new wave was hearing The Clash’s London Calling.  He claimed that “It save my life, musically”. He enjoyed the band’s mix of surliness, satire and humour. “All they were missing” he stated in the album liner of Now the Truth Can be Told “was hope”.

“I Want to Be a Clone” was the first released (and one of the best known) Taylor songs.  The lyrics spoke about a non-traditional new believer being squeezed into a traditional congregation:

Be a clone and kiss conviction goodnight
Cloneliness is next to Godliness, right?
I’m grateful that they show the way
‘Cause I could never know the way
To serve him on my own
I want to be a clone.

“This Disco (Used to Be a Cute Cathedral)” takes the same thoughts to the opposite end of the spectrum.  Where the church will change anything and everything to be culturally relevant to its adherents.

Sell your holy habitats
This ship’s been deserted by sinking rats
The exclusive place to go
It’s where the pious pogo, don’t you know

Taylor never shied away from confronting societal ills. “Baby Doe” lays the heartache Taylor felt as he followed the news of a baby born in Bloomington, Indiana with Down’s Syndrome, and despite numerous outside pleas for adoption, the parents and doctors agreed to allow Baby Doe to starve to death. The lyrics recount how, by standing silent, Christians helped to facilitate the baby’s death.

I bear the blame
Believers are few
And what am I to do?

I share the shame
The cradle’s below
And where is Baby Doe? 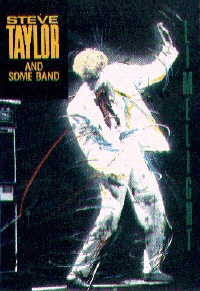 One of Taylor’s most controversial songs “I Blew Up The Clinic Real Good” only created controversy because critics had either not heard the song or understood the lyrics. The song has the perpetrator of an abortion clinic bombing recounting his crime.

Preacher on a corner
Calling it a crime
Says, “The end don’t justify the means anytime”
I stood up on my van
I yelled, “Excuse me, sir.
Ain’t nothing wrong with this country
That a few plastic explosives won’t cure.”

“Jesus Is For Losers” sums up Taylor’s intentions for his music, the grace of Christ.

Just as I am
Pass the compass, please
Jesus is for losers
I’m off about a hundred degrees

Just as I am
In a desert crawl
Lord, I’m so thirsty
Take me to the waterfall

During the past two decades, Steve Taylor has also taken on the hats of music producer and film director. newsboys have been the prime recipients of Taylor’s talents as he has produced numerous albums for the band co-wrote the lyrics for many newsboys songs including: “I’m Not Ashamed”, “Shine”, Breakfast”, “Take Me to Your Leader”.  Taylor signed the popular indie band Sixpence None the Richer to his Squint label.  This band garnered huge success with their hits “Kiss Me” and “There She Goes”.  The rock bands Guardian, Burlap to Cashmere, Chevelle and The Insyderz have all been helped to succeed with Taylor’s assistance during their tenure with Squint.