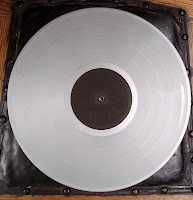 The list below charts a number of well known, and not so well known, bands and how their singles and albums have charted. I’ve started with the number two, tomorrow I’ll submit the number one Christian band of all time. Any guesses???

At the top of today’s list is a single from 1967. “Oh Happy Day” is a traditional hymn recorded with a black gospel/soul slant. Recorded on a simple two-track stereo, only five hundred copies were produced as a church fund raiser. After receiving airplay on a local San Francisco, the choir was signed for national distribution. The rest, as they say, is history. The single went on to be the most popular of all Christian releases.