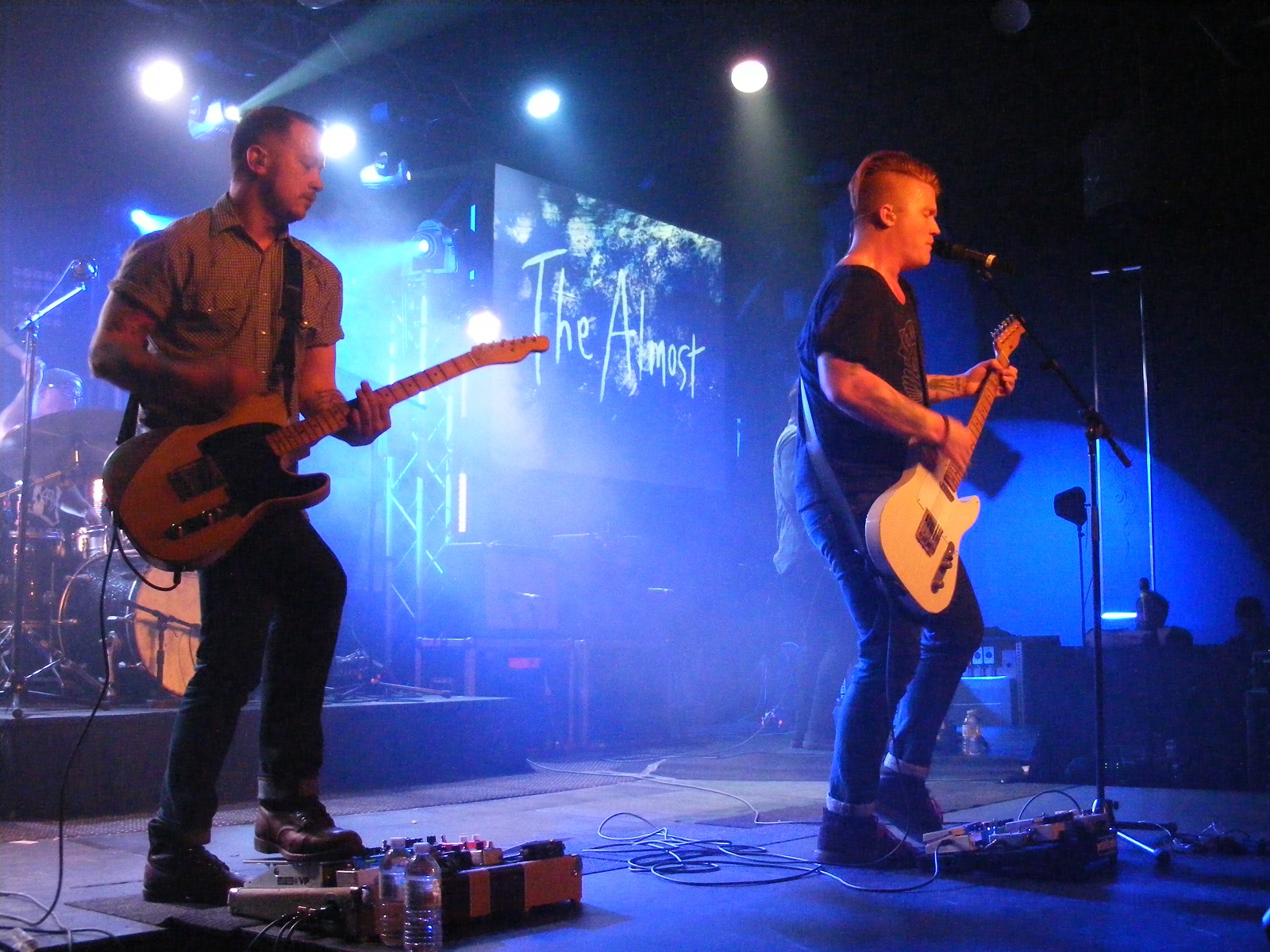 The C4 church of Ajax has laid claim to the perfect venue for youth events.  The ‘W’ nightclub at the Centrum complex in Whitby, ON closed several months ago. With little interest in leasing the facility, the landlord agreed to rent the site to C4 for Friday night and special events at a significantly reduced rate. A large dance floor, elevated seating at the rear, a substantial stage, and great acoustics make this venue stand out.

Aaron Gillespie with his solo, worship role, has headlined several events at C4. Last Sunday, he brought his band The Almost for a night of rock.  House worship band, Nine-O-Five began the night offering up both well-known worship tunes and several of their own  original songs.

As normal for the free events hosted by C4 the venue was at near capacity, with the majority of the crowd arriving long before the night started.

This was my first opportunity to see The Almost in concert. I’ve been a fan since the release of Southern Weather back in ’07. Now the band is ready to release their third album, Fear Inside Our Bones, April 9th. Perhaps the biggest surprise I had was when Gillespie took the stage. Gone is the long straight red hair that he’s had for as long as I can remember, now replaced with buzzed sides and a mop on top. (I wonder what the female fans felt about this?)  I’m digressing, fashion has nothing to do with music.

Many bands can’t translate their recorded work into a live performance, while others can’t carry the momentum of a concert into their albums. The Almost falls into the later category, The Almost is redoubtably a LIVE band. The Almost cruised through tracks found on each of the albums, but the emphasis was on songs from Southern Weather.

My second surprise of the evening was The Almost doing a cover of Tom Petty’s “Free Fallin”. I’d forgotten that The Almost has recorded their cover of this song back in 2010. They did a sold job with Gillespie’s vocals driving the song. This same song has been covered by another of Christian artists including Geoff Moore and Hello Kelly, but The Almost pulled it off with finesse.

It’s unfortunate that C4 doesn’t provide the opportunity for an encore by the performers at their events. So the night ended with the worshipful “Amazing, Because It Is” from Southern Weather, giving an appropriate finale to the night.