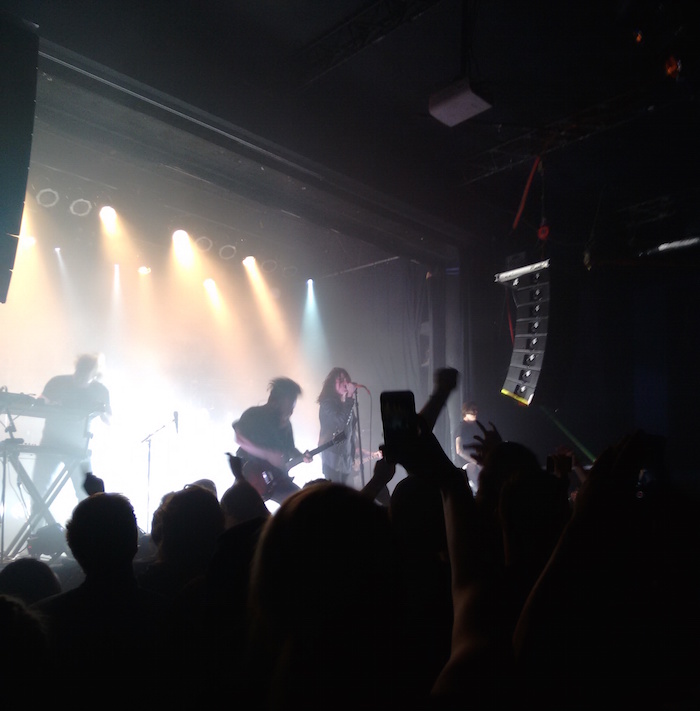 There was no way of getting any closer to Underoath during their set at Phoenix Concert Theatre in Toronto, April 19th. The capacity crowd of 1400 had bought their tickets months before and no one was going to relinquish their spot near the front.

From the Phoenix stage, Spencer Chamberlain told the crowd that the two larger venues they wanted were both unavailable. The Guvernment now slated for demolition and the Sound Academy being currently under renovations. When posted, tickets for this show at the Phoenix sold out in 3 minutes, Spencer had previously told me that they could have sold this show out 6 times over. I’m embarrassed to admit that this was my very first Underoath show. Even with being a fan for so many years, I was unable to connect with any of their previous local dates. I shouldn’t have waited so long.

In a purposefully nostalgic move, for this tour Underoath elected to play the entirety of 2004’s They’re Only Chasing Safety and Define The Great Line. It seemed impossible for the band to complete the two albums with only a brief break, but the vitality they carried onto the stage at the beginning of night never let up. The band was brilliant onstage led by the stellar vocals of Spencer Chamberlain, Tim McTague ravaged his guitar strings, Aaron Gillespie pounded his kit as only he can, and Chris Dudley danced around the stage, throwing waves to the crowd, shouting lyrics as he laid down the beat. Two hours later, sweaty in the crowd generated heat, Underoath began their countdown of the three remaining songs. Unsurprisingly there would be no encore, nor was one expected. The band had given their all and no one could have expected more.

After seeing close to a thousand live shows, Underoath has blazed through the ranks to be installed into my top ten list, it’s unlikely to ever see that change. 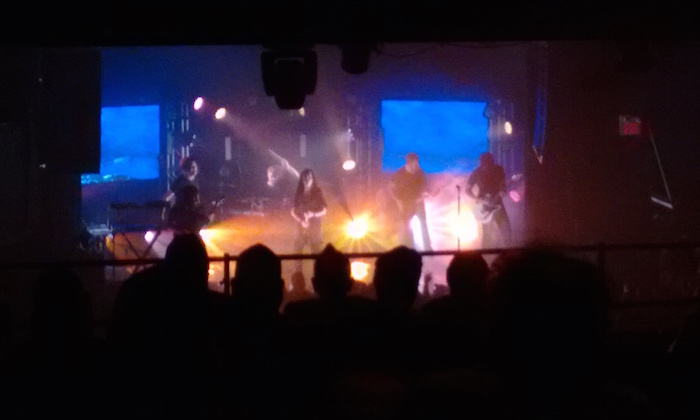 The video below has a glimpse of what took place in Toronto.

Setlist:
Young and Aspiring
A Boy Brushed Red Living in Black and White
The Impact of Reason
Reinventing Your Exit
The Blue Note
It’s Dangerous Business Walking Out Your Front Door
Down, Set, Go
I Don’t Feel Very Receptive Today
I’m Content With Losing
Some Will Seek Forgiveness, Others Escape
In Regards to Myself
A Moment Suspended in Time
There Could Be Nothing After This
You’re Ever So Inviting
Salmarnir
Returning Empty Handed
Casting Such a Thin Shadow
Moving for the Sake of Motion
Writing on the Walls
Everyone Looks So Good From Here
To Whom It May Concern