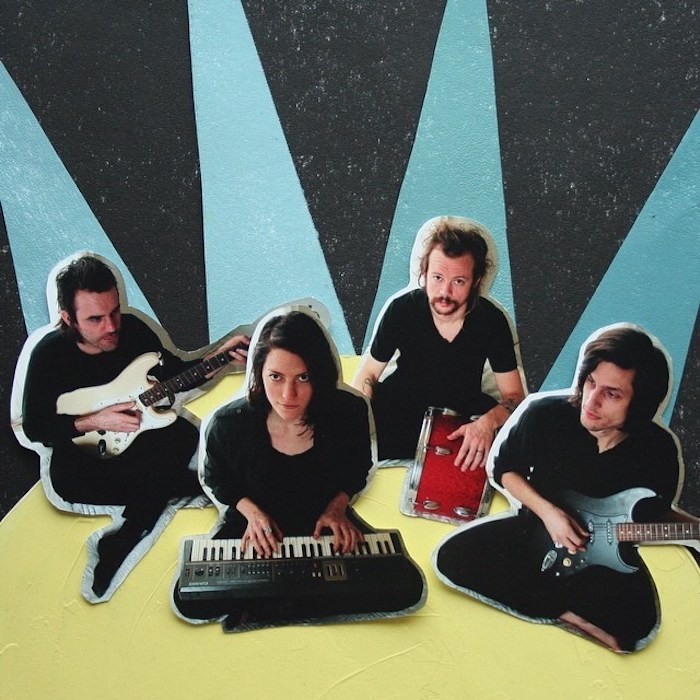 Since 2009 the Soil & the Sun have led their faithful followers on an extraordinary musical journey. Pulling the band together during their days as students at Olivet Nazarene University in Illinois, the members of the Soil & the Sun later migrated to Grand Rapids, Michigan. Describing their sound as “New Mexican Space Music, Experiential Spiritual Folk”, the Soil & the Sun created a sound that was uniquely their own. Crowding the stage with up to 8 band members, their live sets were brilliantly staged. Over their time together the band recorded a series of artistic EP’s and full-lengths, culminating in the delicious 2014 release, “Meridian”.

Reducing the band line-up to four essential members during 2015, the shade began to close on the brightness of their art. A few days ago, the Soil & the Sun released this statement to their fans.

Hi Friends, Alex here. This is a bit of a difficult announcement to make (and I’ve been putting if off for some time now…), but here goes: We’re wrapping things up for the Soil & the Sun. These upcoming dates will be our final shows. Yes, it is very sad and was a challenging decision to make, but the time has come to close out this chapter and to move into new seasons as musicians and persons. Feels tough, but right. I personally can’t wait to see and hear what the next phase holds for each of us. New things will grow out of this, for sure. But first:

To everyone (strangers and friends alike) who have been a part of this thing throughout the past 7+ years in any way – we thank you and are profoundly grateful for your support. You’ve housed us, fed us, bathed us, entertained us, rescued us, cheered us up, put clothes on our backs, jammed with us, encouraged us, and have been incredibly kind and generous. I can’t even begin to say what it has meant to us. Thanks for opening yourselves up to the possibility of finding some meaning in all of this. Thanks for participating. I wish we could give every single one of you this green ribbon for participation.

It really has been so special. So many memories are coming to mind… maybe our set for this tour should include a moment of story time. I nominate Ben as orator. We’ll see.

Well! If this band has meant something to you in any way, I hope you can make it out to one of these final shows, and we can blast off together one more time before we all head into the future. Here’s to the changing of seasons.

Discover what you missed from the Soil & the Sun during The Antidote’s visit with the band in April 2015.  http://www.theantidoteradio.com/episode/episode-163-the-soil-and-the-sun