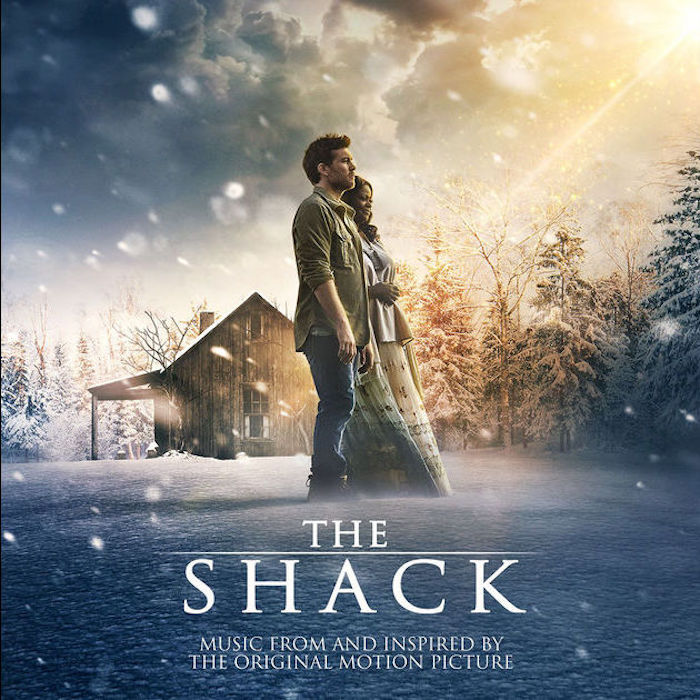 Atlantic Records has announced its release of THE SHACK: MUSIC FROM AND INSPIRED BY THE ORIGINAL MOTION PICTURE, Friday, February 24th to coincide with the nationwide release of the film from Lionsgate’s Summit Entertainment label on March 3.

THE SHACK: MUSIC FROM AND INSPIRED BY THE ORIGINAL MOTION PICTURE is available now for pre-order here: https://atlanti.cr/theshack and accompanied by two instant grat downloads: “Keep Your Eyes On Me” from multi-GRAMMY® Award-winning superstar music couple Tim McGraw & Faith Hill, plus “Stars (The Shack Version)” by multi-platinum rock band Skillet. Both tracks are available for purchase and streaming at all DSPs.

Tim McGraw also narrates the film and appears as the character “Willie.” A new soundtrack trailer revealing the album’s artist lineup also includes the song, as well as an exclusive audio preview of the forthcoming single from Dan + Shay, “When I Pray For You.” Watch the album trailer here: https://atlanti.cr/shacktrailer.

Country duo, Dan + Shay release “When I Pray For You” on February 3. The song will be the third instant grat available for download with album pre-orders, and a companion video for the song will premiere later in the month.  “When I Pray For You” impacts country radio outlets nationwide in late February. Dan + Shay recently hit #1 on both the Mediabase and Billboard Country charts with their song “From the Ground Up.”

The album also includes new exclusive tracks such as “Heaven Knows” from RIAA platinum worship band Hillsong UNITED and “River of Jordan (Feat. Breyan Isaac)” from GRAMMY®-winning artist Lecrae. Those two tracks will also be available as instant grat downloads with album pre-orders in the weeks leading up to the soundtrack’s street date.