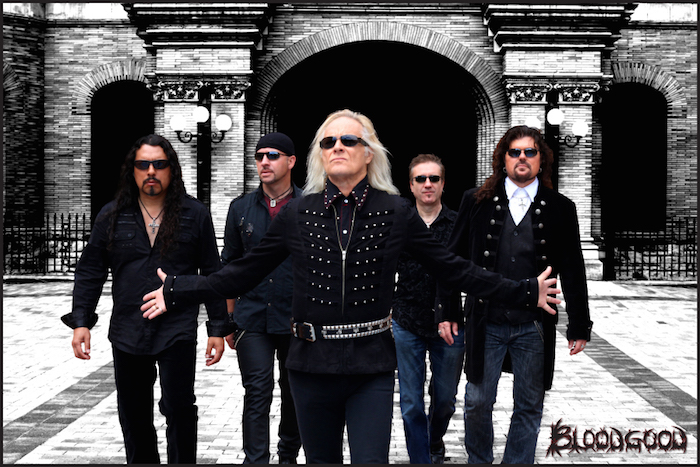 The metal band BLOODGOOD is long from being gone or forgotten. After disbanding in 1994, the members of BLOODGOOD reunited in 2006 with a new addition to the band, the legendary Oz Fox of Stryper.

The music, mission and passion of BLOODGOOD has been a vital stepping stone and driving force in the maturation of Christian Metal since their 1986 debut release. The platinum-selling sophomore record Detonation, strengthened the band’s signature style of theatrics, power and emotion – staples that would solidify their place in rock music history. BLOODGOOD’s music has been released all over the world, spanning 6 studio albums & 7 official live releases in their discography, with their latest studio record, DANGEROUSLY CLOSE, released in 2013.

In 2010, BLOODGOOD was inducted into the CHRISTIAN MUSIC HALL OF FAME for their influential contributions to the music industry. “In the Trenches of Rock and Roll,” a feature documentary film about the story of BLOODGOOD, is slated for release in 2015.