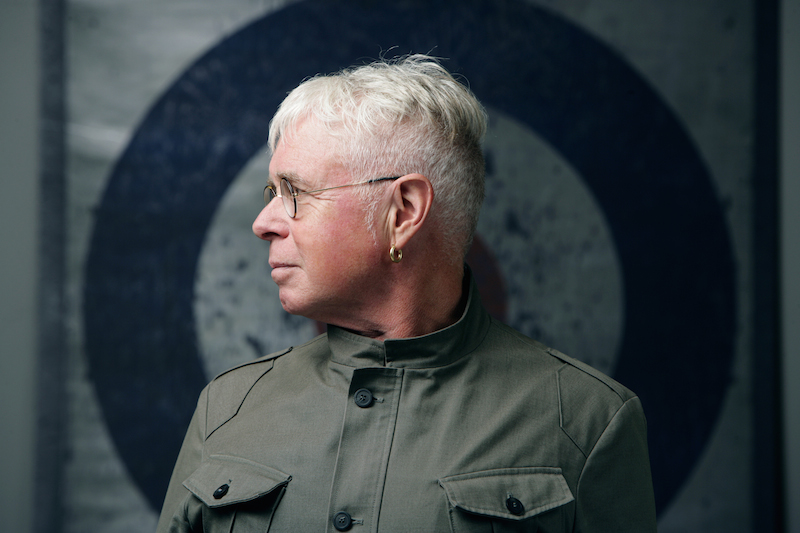 Legendary singer-songwriter Bruce Cockburn delivers his long‐awaited memoir, RUMOURS OF GLORY– a chronicle of faith, fear, and activism, and a lively cultural, political, and musical tour through the past five decades. RUMOURS OF GLORY, the companion box set to release on True North Records. Rumours of Glory, will be published by Harper One in the U.S. and HarperCollinsCanada on November 4, 2014.

Best known for his memorable songs including ‘Pacing the Cage’ (1995), ‘If a Tree Falls’ (1988), ‘If I Had a Rocket Launcher’ (1984), ‘Lovers in a Dangerous Time’ (1984) and ‘Wondering Where the Lions Are’ (1979), the award‐winning songwriter and pioneering guitarist, whose life and music has been shaped by politics, protest, romance, and spiritual discovery, has released 31 albums spanning five decades.

Cockburn’s albums have sold over 7 million copies worldwide. He is revered by fans and fellow musicians alike as one of the most important songwriters of his generation.

Cockburn says of deciding to write his memoir, “Over the years, the notion that there should be a book about me has popped up now and then, along with offers to write it. It always seemed too soon, and I’ve felt all along that such a book should be mine to author. When Harper One expressed their interest, it finally did seem timely, so here we go!”

In Rumours of Glory, Cockburn invites readers into his private world, providing an intimate commentary on his life and work, focused on the roots of his songwriting and the stories behind his best known songs.

From Ottawa in 1945 (where he was born) through to Baghdad in 2004, Cockburn shares his family life, personal relationships, Christian convictions, and the social and political activism that has defined him and his music, and has both invigorated and incited his legions of fans worldwide. For Cockburn, music has always been a key way to explore culture, politics and the nature of the spirit, and his remarkable journey has seen him embrace folk, jazz, blues, rock, and world beat styles.

As a long‐time activist, Cockburn has spoken out on a range of issues: native rights, land mines, human rights atrocities in war‐torn countries, Third World debt, ecological devastation, and corporate crime. Cockburn has been awed, appalled, and incensed by what he has seen and felt, and by the very real evil that humans can inflict on one another. As he outlines in Rumours of Glory, he believes that we can, and should, be dedicated to our shared humanity, to saving ourselves, each other and this earth – we just need to find the will. That will comes from maintaining a relationship with the Divine, and following the way of love. And that journey, for Cockburn, has been marked in music. As he says in the book, “In a way we, and all living things, are made of music … music is my diary, my anchor through anguish and joy, a channel for the heart.”

Rumours of Glory is also the title of a box set collection curated by Cockburn himself as a companion piece to his memoir; the songs are presented in the same order they appear in the book. This limited edition 117-song, nine-disc set includes 16 rare and previously unreleased songs and a live concert DVD – the artist’s only full-length concert video. Each box set is autographed, sequentially numbered and includes a 90 page book featuring rare photos, extensive track information, and liner notes written by Nicholas Jennings. (Available October 28, 2014 on Bruce’s long time record label, True North Records.)

About Bruce Cockburn: Born in 1945 in Ottawa, Ontario, Cockburn began his solo career with his 1970 self‐titled album. His extensive repertoire of musical styles and skillfully crafted lyrics have been covered by such diverse artists as Jerry Garcia, Elbow, Chet Atkins, Judy Collins, Barenaked Ladies, Jimmy Buffett, and k.d. Lang. A devoted and deeply respected activist, he has worked with organizations such as Oxfam, Amnesty International, Doctors without Borders, Friends of the Earth, and USC Canada.

The New York Times has called him a “virtuoso on guitar,” while Acoustic Guitar magazine placed him in the esteemed company of Andrés Segovia, Bill Frisell, and Django Reinhardt.

Cockburn has released 31 albums, won 12 Juno Awards and 21 gold/platinum certifications. He is an Officer of the Order of Canada and recipient of the Governor General’s Performing Arts Award for Lifetime Artistic Achievement (Canada’s highest honour in the performing arts), along with being a member of the Canadian Music Hall of Fame, Canadian Broadcast Hall of Fame, and recipient of eight honorary doctorates from Universities throughout North America.