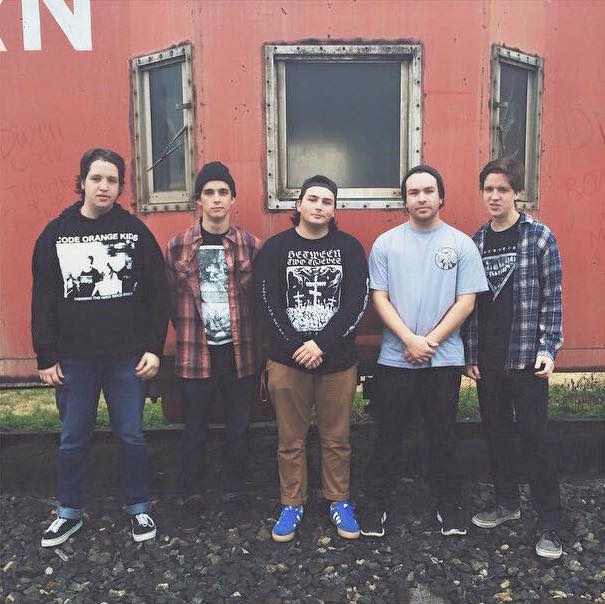 DWELL formed in 2014 in Kernersville, NC, featuring its current lineup of Jacob (vocals), Isaac (Drums), Ian (Guitar), Ryan (Bass) and Jeremy (Guitar). But their history is much deeper… Ian and Isaac are twin brothers and they are longtime friends with Jeremy, Jacob and Ryan; playing together in a handful of local hardcore bands.

DWELL quickly grabbed the attention of the hardcore scene with their intense, chaotic live show and unique take on ’90s style metallic hardcore. Their debut, self-titled EP, mastered by Jamie King (Between the Buried and Me) and with guest vocals by Joe Musten (Advent, Beloved). Their self-titled EP is made up of five heavy-hitting songs that you won’t want to pass up.

Dwell will be released on March 10th via Blood & Ink Records.