Fit For A King are set for a busy fall. During September and October the band will be co-headlining with Being As An Ocean. After that, they will play in support of Emmure and The Acacia Strain (dates to be announced). Keep up to date by checking the Fit For A King Facebook site for more dates and news.

On October 14th, Fit For A King release their third studio album, Slave To Nothing, with Solid State Records. Speaking on the overall lyrical theme for Slave To Nothing, frontman and vocalist Ryan Kirby reveals “since getting signed and becoming a full-time touring band we have become very cognizant of addiction in its many forms. We encounter very different types of people on our travels and it is apparent that many people out there are addicted to something. This can be drugs or alcohol of course but it also is money, fame and even happiness.”

Songs like “Hooked” on Slave To Nothing delve into the topic of happiness as the vocalist explains “It’s become a prevalent attitude in society to put yourself first, even if your happiness is at the expense of someone else’s.”

“Hooked” stands in line with one of the central themes on Slave To Nothing as Kirby states “we aren’t in this for money, especially in the current state of music. We aren’t driven by the need for fame or excesses as a band. We aren’t slaves to any of that behavior; we are just excited to play our music for people. That being said, even though we write about faith, these also aren’t happy Christian songs. We struggle just like anyone who connects through our music.”

Some of these struggles have come through the loss of friends in the recent past. “Young & Undeserving” deals with O’Leary losing a close friend to substance abuse. “That passing was devastating to Tug (O’Leary’s nickname within the band) but it’s also the questioning of what comes after that is central in that song. We are told that good Christians are assured a place in the afterlife but how could someone who is a good person, regardless of religion not be allowed in as well?”

In addition to the lyrical themes, the band says Will Putney’s input as a producer also helped the progression on the new album. On the musical differences found with Slave To Nothing, Kirby notes “we were very green when we recorded the other albums. Performance wise we were tight but after getting signed we didn’t have much experience in experimenting in the studio or developing the songs. This time around working with Will, he really gave input and above the board dedication to make this record great! Some of that input ranged from being honest enough to tell us to trash certain riffs because we could do better to even noticing repetition of the word ‘me’ in a verse and suggesting revisions.” 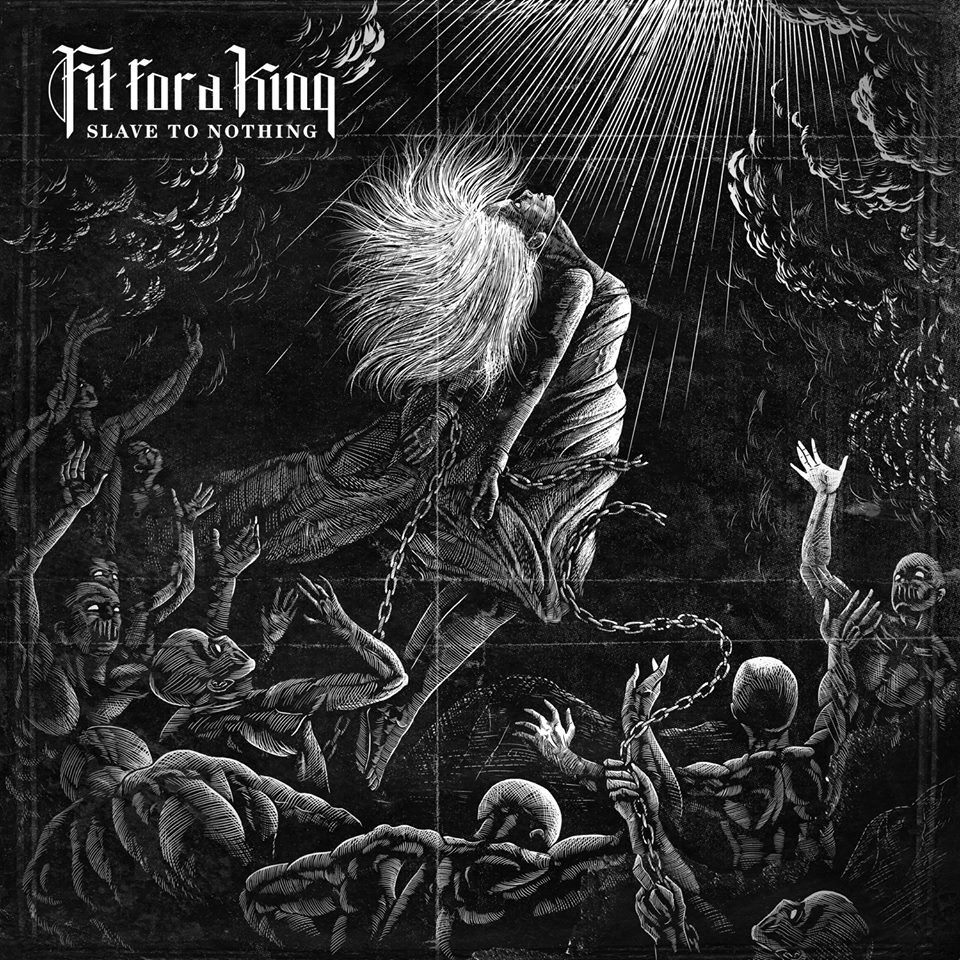 Tracklist for Slave To Nothing:

1. Kill The Pain2. Young & Undeserving3. Slave To Nothing (Ft. Mattie Montgomery)4. Break Away
5. Hooked
6. Selfish Eyes
7. A Greater Sense of Self
8. Forever Unbroken
9. Imposter
10. Cleanse My Soul
11. The Final Thoughts of a Dying Man