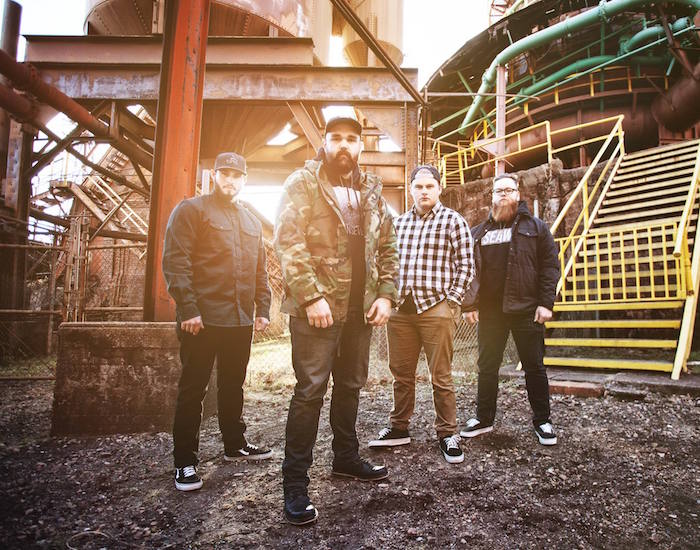 Tuscaloosa, AL’s Gideon has signed to Equal Vision Records and will enter the studio with producer Will Putney (Northlane, Stray From The Path, Counterparts) in April to record their fourth full-length.

The forthcoming album will serve as the follow-up to Calloused (2014, Facedown Records), which earned the band impressive Billboard Charting including: No. 4 Hard Rock Album, No. 5 Christian Album, No. 15 Independent Album, No. 21 Top Rock Album and No. 74 Top Current. The band was also recently noted as one of the top bands to watch in 2016 by Alternative Press.

Of the new album, guitarist Daniel McCartney shares, “As it stands with the material we have right now, I can speak for everyone when I say I truly believe fans of Costs, Milestone, and Calloused will all collectively LOVE this record. We have combined the most recent sound of our band with Calloused, and also brought back a lot of the core elements that people loved on Milestone and Costs. I truly believe this record is going to please a lot of people.”

“Working on Calloused with Will Putney was an absolute pleasure,” McCartney adds. “There are a lot of things that go into the making and recording of an album, and Will provides a lot of elements that are priceless when dealing with such a sensitive and creative area of being in a band. He has been on the same page with us since the first day we stepped into his studio to work on Calloused, and he is greatly on the same page with us for this record.”

The band has toured and shared stages with the likes of Motionless In White, The Ghost Inside, Memphis May Fire, and Being As An Ocean; And have performed at festivals such as Bamboozle, Heavy Montreal, South By So What and Never Say Never.

Gideon heads out on the road this spring with Counterparts, Expire and Knocked Loose on a US/Canada tour.