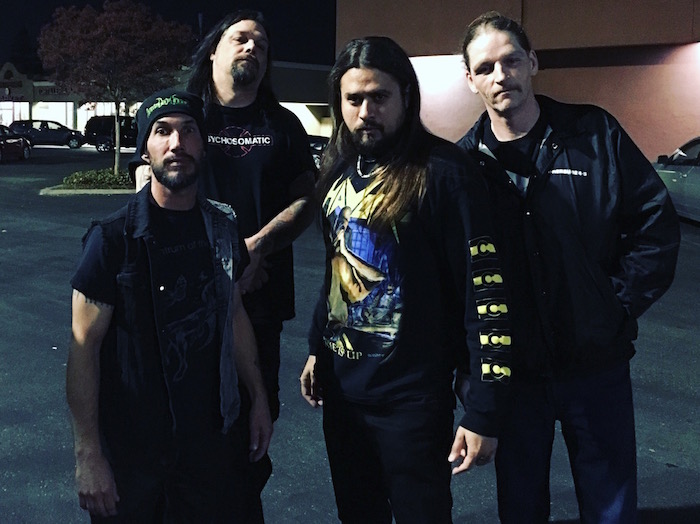 Formed in 2015, Hand of Fire is the product of four veteran musicians from throughout the Bay Area. Led by songwriter and vocalist Jim Settle, Hand of Fire’s members have been in prominent Californian punk and metal acts such as Tantrum of the Muse, Bomb and Scary and Something Left Unsaid—while Settle himself has toured with big names such as Underøath, Zao, Hatebreed and many more. With years of experience in the heavy music community under their belt, Hand of Fire set the Bay Area community ablaze in a storm of lacerating, razor-sharp and ruthless metal.

The quartet’s crushing display of metal mastery has found a new home on Rottweiler Records roster. Currently writing and recording their debut full-length record,  with producer Masaki Liu at One Way Studios in Benicia, California, it is only a matter of time before Hand of Fire set your speakers ablaze.

“Let The Killings Begin” is the title track from the upcoming Hand of Fire release.

Find a free download of “Let The Killings Begin” via Noisetrade.