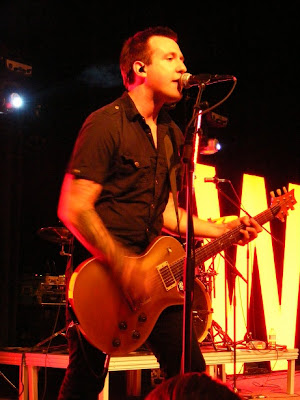 “I am blessed to announce that Hawk Nelson will be fronted by none other than the talented Mr. Jonathan A. Steingard,” states co-founder and bassist Daniel Biro. “The chemistry we share as a band cannot be fabricated. In other words, we know we have something special here. We’re very excited to be working on a bunch of new songs for everybody. It’s a new day, and we want to make the most of it.”

The band also announced that they are back in the studio working on their latest album:

“We are knee-deep in writing a new record at the moment, and these are some of the most inspiring songs we’ve ever worked on,” says Steingard. “As a band, we’ve had our fair share of highs and lows, and through it all we’ve become a family. A further blessing has been the incredible amount of support we’ve received, particularly over the past few months of growing pains, from family, friends, other bands, industry folks, and especially the wonderful hawk-listeners that have stuck with us on our journey. The future is bright.”

Jason Dunn decided to take the solo route after fronting Hawk Nelson for the past 10 years. Dunn’s new project is Lights Go Down (facebook.com/lightsgodown).