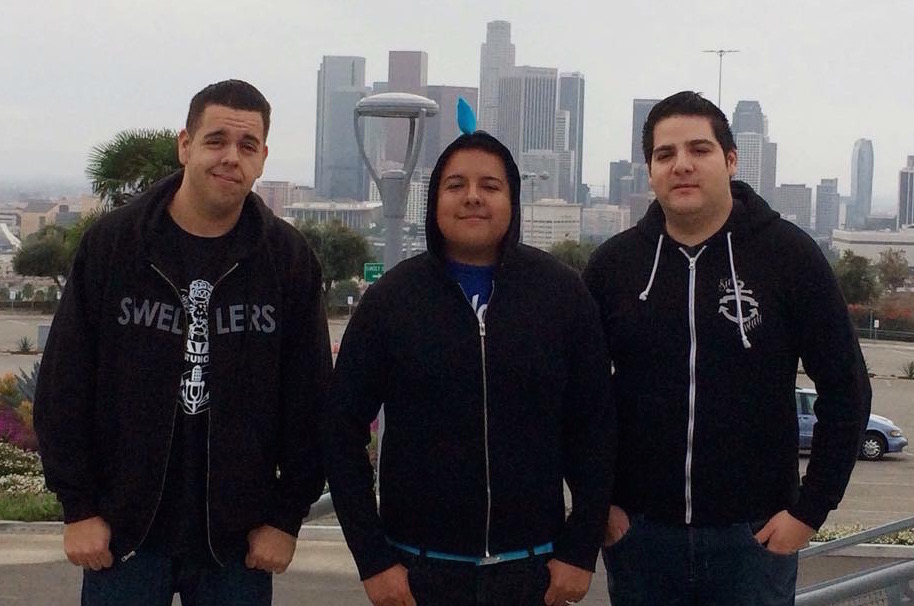 MMLJ Records announced the signing of Los Angeles based Christian pop-punk band, Heart Like War.  The high energy, passionate, playful three-piece is currently working on a new full length album and acoustic EP, which will be released later this year.  While having their own unique sound, Heart Like War has received favorable comparisons to MxPx, Allister, Major League, and The Ataris.

We are living in a Spiritual War. Every day is a battleground, our hearts go to war to fight the good fight, make choices, decisions, which precede our actions. Some wear their hearts on their sleeves, some choose to hide it under their words of violence; but in the end, we will all be found out, the winners from the losers. We all suffer, win or lose; let your heart decide. You must save yourself before you can save anyone else, and this is the success to victory.”

Heart Like War features David Camarena (Guitar & Vocals), Andrew Camarena (Drums), David Robledo (Bass).  In 2015, Heart Like War will be returning to play JoshuaFest, as well as playing stages, nightclubs and youth events throughout the west coast.  Heart Like War’s album Party Propaganda Machine and debut The Battle Begins EP are available for free through the Heart Like War website.