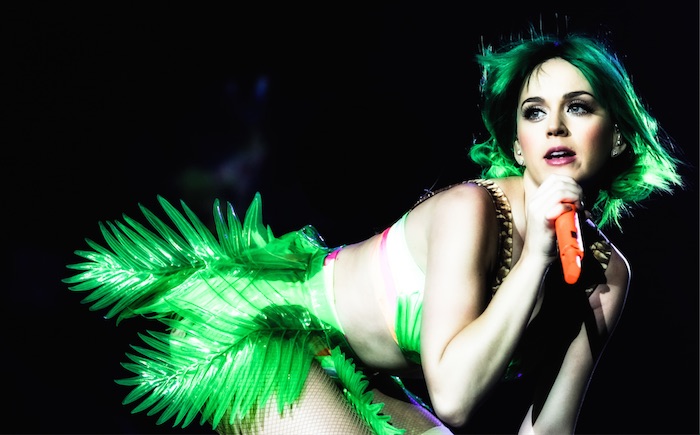 A lot of press has been generated recently regarding the “discovery” of Katy Perry performing as a background vocalist with P.O.D. Even though the fact is often stated, the public often fails to recall that Perry had her start as a CCM artist.

Perry began her music career as Katy Hudson who named Jennifer Knapp and Amy Grant as influencers to her style. At the age of 16 she recorded a lackluster self-titled album in 2001 with the now defunct Red Hill Records. After the failure of the album (reported as only 200 copies sold) Katy elected to change her style and last name.

That she was part of the recording of the Testify album by P.O.D. shouldn’t come as a surprise. Having ties in the Christian music scene made her addition a natural connection. Perry added a distinctive vocal element to the closing moments of “Goodbye For Now”. An element that would have been sorely missed on that superb song.

As Christians we can agree or disagree with Perry’s pursuit to be America’s pop/sex icon, but perhaps support in the early days of her career may have changed her path.

Perry in her teen years as Katy Hudson. The song “Piercing” is bad, but can be endured.
[youtube https://youtu.be/WjQ3KDAOj9s]

Katy Perry appears at the 3:27 mark of the P.O.D. “Goodbye For Now” video.
[youtube https://youtu.be/plGETDmXw5g]