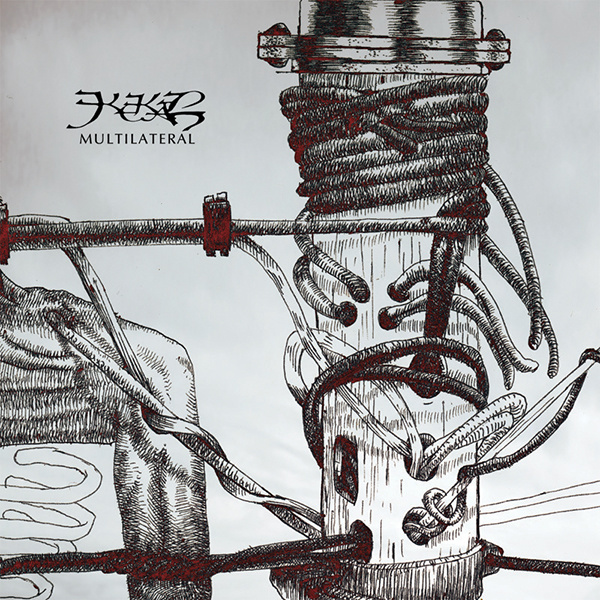 Officially, Jakarta, Indonesia’s avant-garde metal band, Kekal disbanded years ago, but all three former members continue to contribute to the “institution” of Kekal rather than carry on as a regular band. When all the members left in 2009, they decided to keep Kekal as an active entity and they would continue to work FOR Kekal, not AS Kekal.

That musical legacy continues with the recording of the 2015 album Multilateral from Kekal now having been completed. Started in July 2012, it took more than 2 years to complete the production. Multilateral will be Kekal’s 10th official studio album.  The album will contain 11 tracks and run over 60 minutes. Kekal is planning a mid-2015 release to celebrate their 20th anniversary. Nine of the tracks will be available for free download and will be published before the official album release date. Eight tracks are currently available for download through Soundcloud. https://soundcloud.com/kekalband/sets/multilateral

Physical versions (CD and Cassette) of Multilateral album will be released in mid-2015 by Majemuk Records, an independent record label based in Jakarta Indonesia. The band will only be making limited quantities available. Each copy will be hand-numbered (CD will be limited to 500 copies) and accompanied with artwork and illustration by Kekal’s bassist, Levi Sianturi.