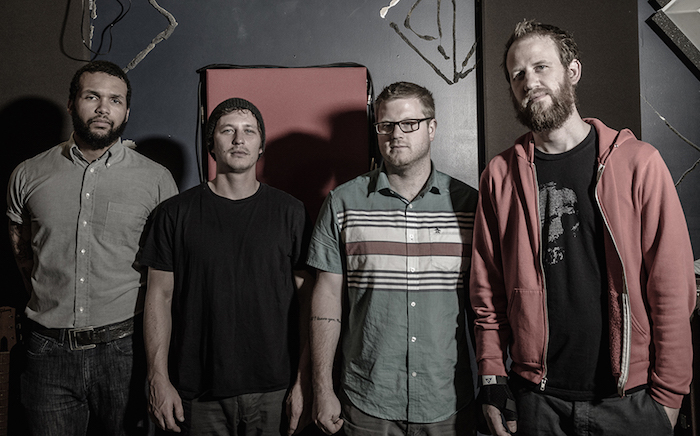 While the untangling of duality — awe and anguish, faith and fraud, hope and horror — is hardly a new artistic exercise, such rich questioning is rarely attempted in the form of a six song EP. Performing the duties of both architect and builder, Zach Gehring (of beloved Virginia-based Mae acclaim) has designed an exorcism vehicle, the aptly-titled moniker Demons, and allowed often-at-odds voices the opportunity to speak. Decidedly heavier and more aggressive than previous projects, Demons takes stylistic cues from the likes of many influential bands that have shaped Gehring as a musician. Traces of Spiritualized, Pedro The Lion, The Afghan Whigs, and Mudhoney can be found throughout and we bare witness as moments of sonic accessibility lose footing and spiral into heavy and brooding responses with little warning. Gehring’s fragile vocals transition into angst-ridden bellows and words from the same speaker argue back and forth across the track listing. The result is Great Dismal, an oxymoronic battle of declarations, withholdings, distortion, and clarity — a tussle of the psyche examined through opposing dynamics.

Gehring had this to say about the new release:

The main undercurrent was just a curiosity to see if I could do this. Demons is an experiment in a true sense of the word. The music isn’t experimental at all, but the process, me writing songs and singing, was always understood as an experiment. There are these narratives of creativity, art, and expression, and they are sometimes at odds with each other. I think everyone has something they want to express, and I wanted to overcome any obstacles that would potentially prevent me from doing so. I wanted to try to eliminate self-doubt, fear, and any preconceived notions what songs should sound like and find a reason to create something new in an environment that is both over saturated and begging for more.

Great Dismal will be available as a limited edition 12″ silk-screened vinyl and at digital outlets everywhere.  Pre-orders are now available at the Spartan Records store or Bandcamp and include an instant download of the song “Parallel Lines.”