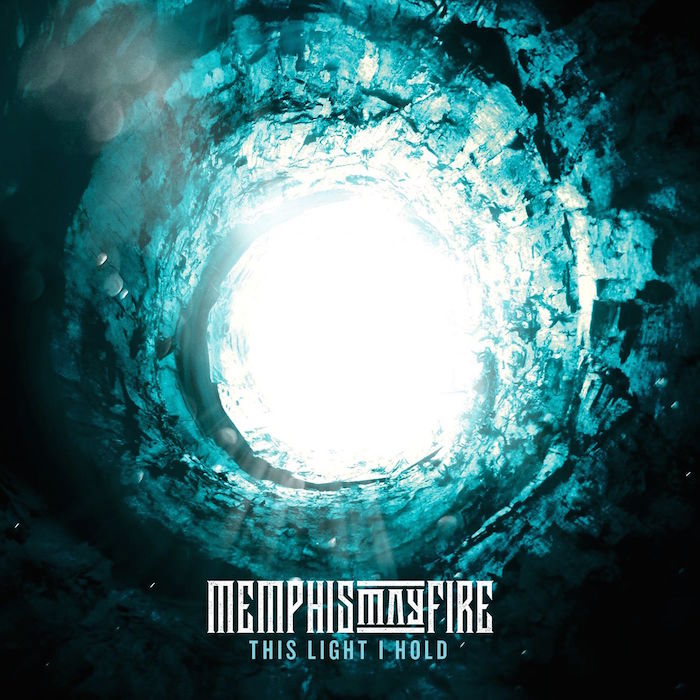 Memphis May Fire release their fourth full-length album, This Light I Hold, on October 28 and the first single, “Carry On”, is now available through YouTube. Frontman Matty Mullins had this to say about the This Light I Hold.

I feel like we took a giant step forward with this album. Having time off to write and not being rushed in the studio made such a massive difference. Musically, lyrically, sonically, this is my favorite Memphis May Fire album. We can’t wait to share with you “This Light I Hold”!

This “Light I Hold” just has that vibe, sonically speaking, that our fans are going to love. Every song stands on its own, yet the album gels as a cohesive whole. We’re really proud of this one!

For This Light I Hold, the band enlisted the help of producer Matt Good, and the result is 13 powerful, hard-hitting songs that are sure to please existing fans, while also intriguing new listeners.

In the aggressive rock world, Memphis May Fire have become a household name. With over 300,000 albums sold in the U.S. to date (their previous release debuted at #4 on the Billboard top 200), they’ve toured the world with acts that include Killswitch Engage, Of Mice & Men, Sleeping With Sirens and Yellowcard. The band is continuously striving to reach new heights, and their diehard fan base has been backing them up the whole way.

Memphis May Fire will be supporting the release on a fall co-headlining tour with The Devil Wears Prada and Silverstein.