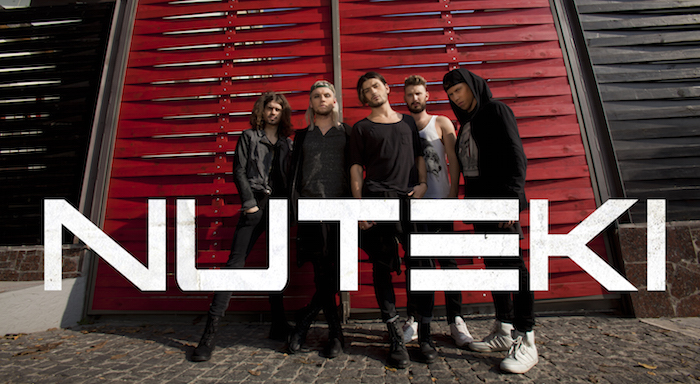 Rock group NUTEKI formed in 2007 by singers Mikhail Nokarashvili and Kirill “Motya” Matsiushenko, natives of Bobruisk, Belarus. The band found early successes by taking first place at the Moscow Music Festival “Destined To Be Number One” in 2008, releasing their first single “Glass Of My Soul”, and performing a 45 date summer tour the same year.

In the fall of 2010 the band released their debut album Digital Dreams, followed by a 12-date tour of Ukraine in support of the album. Summer 2011 started with a video shoot for NUTEKI’s song “The Clowns”, which continued the line of high-level productions they are known for.

In February 2012 NUTEKI released an acoustic album titled Unplugged #1. At the same time, in support of the new album, the band released a music video for the piano version of their song “Don’t Be Silent”.

NUTEKI has taken part in the national selection for the Eurovision Song Contest three times; becoming semifinalists in 2011, taking second place in 2013, and fifth place in 2014.

Last fall NUTEKI released of their new EP THE BGNNG, in both Russian and English versions, as the first chapter of the full album, along with their new music video “Wind Inside”.