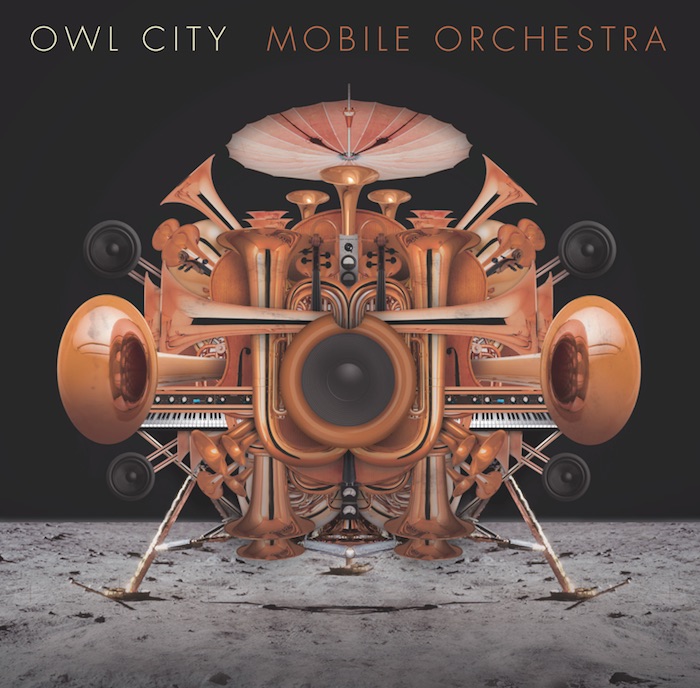 While the music of Owl City is not on my favourites list, I freely admit that Adam Young is an extremely successful artist. Now he’s now poised to drop his fifth release, Mobile Orchestra, on July 10th.

Adam Young, is constantly creating music. Whether he’s backstage before a gig or sitting in an airport terminal, the singer, songwriter, and multi-instrumentalist will be penning new tunes on his laptop. His third full-length album nods to that process with the highly apropos title Mobile Orchestra. Following up his acclaimed 2012 studio album The Midsummer Station, the record sees Owl City progress once more, veering off the beaten path in the process.

“Mobile Orchestra is all about variety,” he asserts. “In the past, I’ve set out to make albums that were designed to be a singular listening experience, flowing from track to track. This time around, the songs are like ten rabbit holes that go off in different directions. I had never approached a record like this. I wanted to clear the slate and forget what I knew in order to create a new experience. I spent two years working on it, and it had the time to grow in between every idea. That’s why there’s so much going on.”

There was no rush for Owl City. These songs got the chance to evolve as he built them and then sought out the right co-conspirators. The first single “Verge” merges his bright, buoyant production and shimmering vocals with a booming soulful refrain from Aloe Blacc. It blurs the lines between electro, alternative, pop, and R&B all at once, while remaining perfect for the dance floor.

“You’re thinking about those moments in life where you’re on the edge,” explains Adam. “It’s like the last day of your life as you know it, and tomorrow everything is going to change. It could be a college graduation. It could be a new career. It could be your wedding day. You’re not sure how it’s going to go, but you’re confident that you’re going to hit the ground running.”

The Owatonna, Minnesota native remains an avant garde hitmaker in his own right. With total album sales over 2.5 million and single sales surpassing 18 million globally, his smash “Fireflies” from 2009’s Ocean Eyes received a five-times RIAA platinum certification in addition to going #1 in 26 countries. “Good Time” featuring Carly Rae Jepsen went Top 4 in the U.S. and racked up sales of close to three million. He composed the theme song for filmmaker Zack Snyder’s Legend of the Guardians: The Owls of Ga’Hoole and an original tune for Disney’s Academy Award winner Wreck-It Ralph, while Owl City’s music has seen placements everywhere from The Croods and Veggietales to Smurfs 2.

Even with the multiple collaborations on Mobile Orchestra, everything still stems from Adam’s vision in the end. “I’ve always got that laptop out,” he remarks. “You can do so much with layering, tones, and sounds. It’s literally like an orchestra in a box. If you just take the time to breathe life into it, it can be beautiful.”