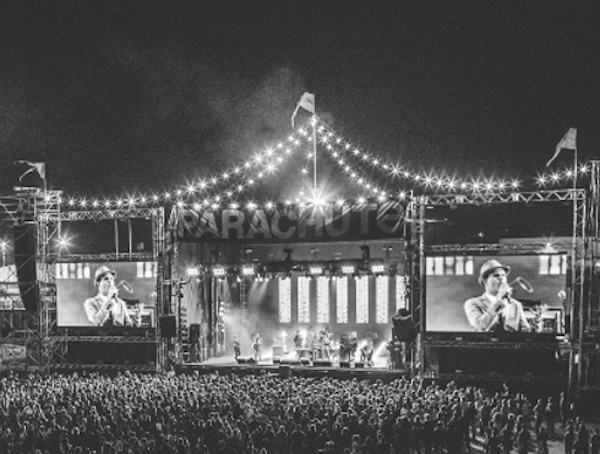 One of the most influential Christian music festivals in the world is saying goodbye. Parachute Festival, operating since 1992 out of Hamilton, New Zealand, was designed to showcase the talents of musicians from not only the southern hemisphere, but the world as a whole (photo above is Ontario’s newworldson). Unfortunately, like so many festivals, they have reached a financial impasse and are unable to carry on. The festival organizers released this statement only hours ago.

In 1992, on a small patch of vacant farmland in Waikanae, we put on a little show. More of a happy experiment than anything else, we were stunned when 1,200 people showed up. By 1995, Parachute Festival had become a major event, celebrating our very first international act, a burgeoning Lynchburg trio by the name of DC Talk. You might remember that year; a flash rainstorm descended on our tiny mainstage, threatening to put an end to the evening’s proceedings – the band vowed that the show would go on.

And on the show went, with our little festival growing bigger by the year. Soon, our little project became an institution, brought to life by armies of volunteers, acres of number 8 wire and tens of thousands of punters.

Thousands of memories too, the electrifying Sunday night set from a then little-known UK band called Delirious, a young Wellington teen named Brooke Fraser belting her heart out on our makeshift Village Stage, Kiwi legend Dave Dobbyn perfectly framed in a late-night downpour; too many memories to name – you all have your own.

Now, 24 years later, it’s time for our festival to say thank you and goodnight.

A lot has changed since those days in Waikanae. Running an event of this scale has become harder and harder in a saturated events market. Keeping Parachute Festival viable has been a constant challenge over the last few years – despite doing everything we can to lower costs and keep the festival alive, we’re now at a point where continuing to run it would run the risk of burying us whole as an organization.

It’s important to us that we end well. Important that the legacy of this festival isn’t tainted by trying to force it beyond a natural conclusion. So we’re saying goodbye, with eyes to the future and hearts full of amazing memories.

Of course, this is not the end for Parachute Music. As an organization, our mission has always been to help Christian musicians shift pop culture. Our festival has always been an important part of that mission, but it’s also been something that’s dominated our time and resource. We’re excited about what the future looks like, what our mission will look like up-close as we journey with Christian musicians who are salt & light in their industry.

Our studios are humming on a daily basis with a community of artists making great music. Our Artist Development initiative sees us investing into many artists each year, working closely with them to ensure they get a good, well-supported start to their careers. We’re going to keep supporting and mentoring high profile Christian artists who are influencing NZ mainstream music and culture, helping them to be a positive voice in their sphere .We’re also looking into future events, watch this space!

This is not the end. Just the beginning of a new chapter. We don’t break this news to you lightly – this festival was yours as much as it was ours. We celebrate 24 crazy years with the thousands of you who gave up your time, resources and prayers to build this event. We are grateful to God for trusting us with this giant undertaking. We hope we’ve done you all proud.

It really was a great little show, wasn’t it?

You can hear the music of some of the artists featured at the final Parachute Festival.  The Antidote aired a tribute to artists from Australasia on episode 108. Click here to listen in.