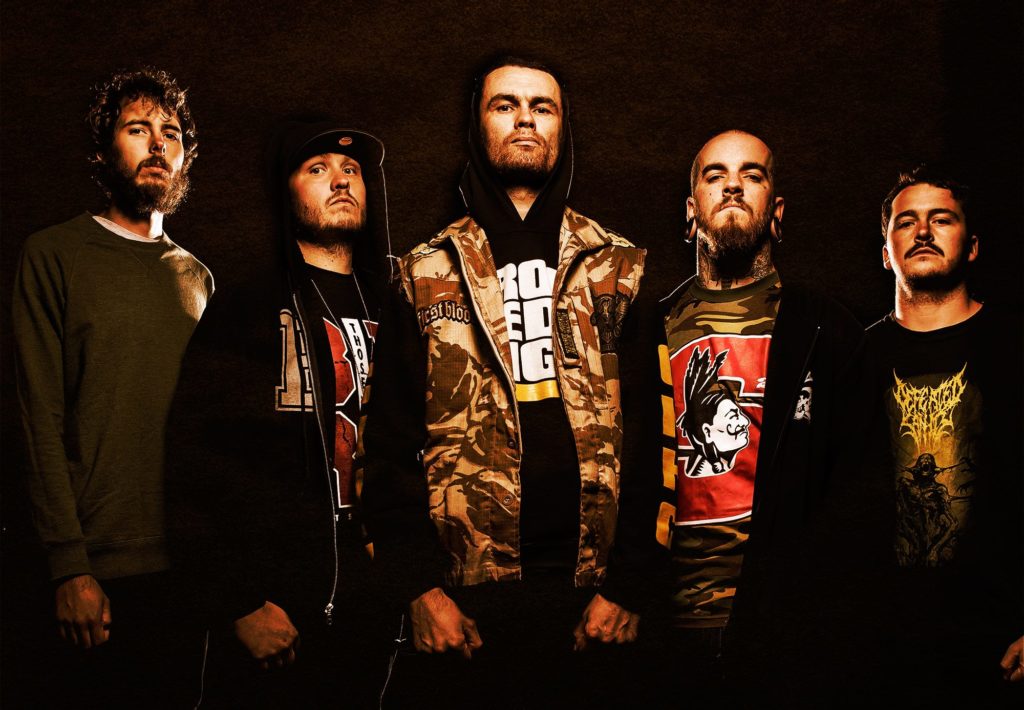 Taking a step sideways from their renowned high-end modern studio production to a more stripped back and sonically raw approach, ‘Recidivist’ is some of the band’s most darkest and heaviest material to date.

The single was engineered by Zorran Mendonsa who handled production duties on the band’s first three studio albums (Behind Enemy Lines, Unbreakable and The King is Coming) and the video was directed by Scott Hansen at Digital Thunderdome (Bury Your Dead, A Day To Remember, Carnifex, The Ghost Inside).
The band announced that they are working on a brand new studio album entitled INTO HELL for a 2017 release on Facedown Records, which will feature the new single.