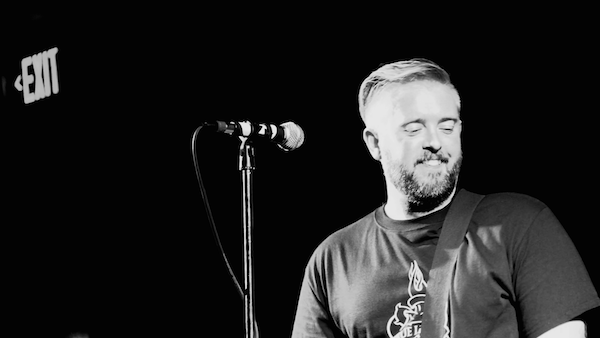 For those who feel punk artists are without soul, look no further than the uber talented, Sef Idle, and his new acoustic album, Start Again.

When it comes to punk rock, Sef Idle has quietly become a household name. For almost 20 years his musical efforts have been honed and shaped during his time with such bands as Two Spare Months, Strong Point, uniSEF, and finally the Boise-based False Idle. But Sef’s first foray into a more traditional singer-songwriter role does not disappoint.  His first official release, Start Again, from Thumper Punk Records is proof that there’s more to his story than one might think.

After writing and recording a solo song entitled “Get Back Up” in 2008 under the name Just Plain Sef, the journey began.  Although that song was never released until 2012 when it was included with the uniSEF Discography, it was the start of something bigger.  Honest writing is key to Sef’s style.  Songs like “5 am” and “Back Then” show a continued depth of content while “In The Sand” is an old fashioned thank you to one Mrs. Idle.  With a message of new beginnings in spite of past mistakes, Idle’s solo release is a call to all of us that personal failings are not the end, only opportunities to start again. Well-crafted vocals and introspective lyrics make this latest release just another win in a prolific musical career.