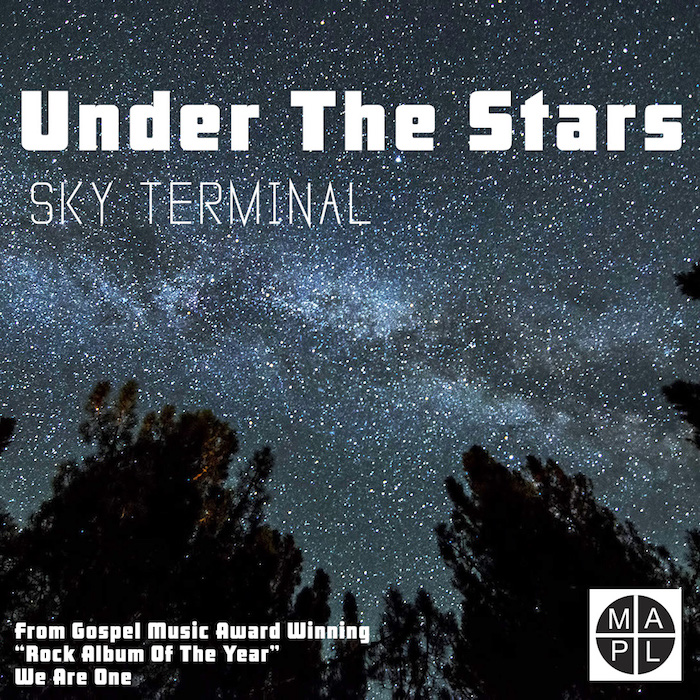 Toronto’s Sky Terminal have released a new song to radio in preparation of their upcoming 2016 album. “Under The Stars” is song of admiration towards the father of creation. Psalm 29:9 says: “In his temple all fall before him, with each one shouting, glory, glory to the God of Glory”. Worship is simply our reaction to God: who he is and what he has done. The song reflects on a few observations in life and simply expresses the same physical reaction to God as the psalmist by saying:

The song is presented with compelling melodies and a well produced rhythm structures.  The message is simple, and the sound is accessible to many.

2015 was a great one for Sky Terminal. Following the awarded GMA “rock album of the year” in late 2014, the band headed out on multiple tours across eastern and western Canada and even traveled across the world through both live performances and international media outlets.

After receiving “Praise and Worship Album Of The Year” at the 2015 Gospel Music Awards for a personal worship album with his wife, lead singer Marcel Preston has been asked if there is a change of direction in the air.  Preston responded:

Worship leading has always been a part of my life.  I’ve been leading worship since junior high, and recognize it as an integral part of being. I’ve released a couple of worship projects between Sky Terminal albums as this is part of the culture that I love to create. I would say that although Sky Terminal doesn’t sound like Sunday morning worship, the heart behind every song is a response to who God is and how he has affected our lives. All to say, I love both concert style and congregational facets of worship and have much vision left within my heart for both.  We are currently producing Sky Terminal’s third album and are quite excited about it.  We are looking forward to it’s release in mid 2016.