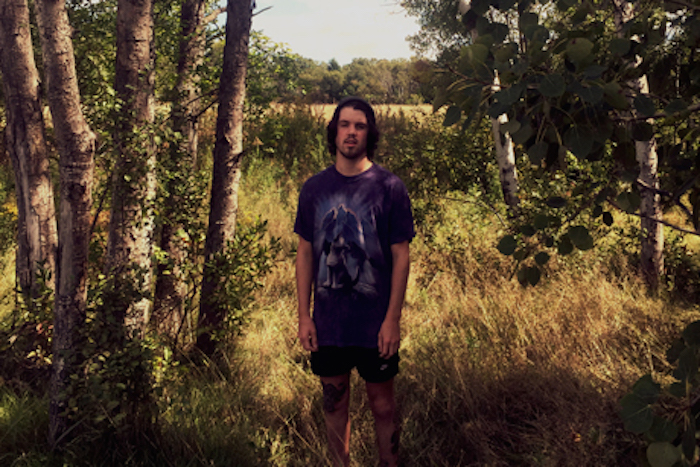 Slow Bullet will release their new album Still Close Enough to Go Back via Blood & Ink Records on October 28. The first single from the release, ”Penance” is available for listening on the Bandcamp link.

“‘Penance’ is a Catholic sacrament in which you confess your sins before a priest to be absolved. The song revolves around the idea that whether you do good or bad, whether you confess your wrongdoings or commit them, there seems to be the same amount of injustice in the world. I wrote the song after watching the movie Spotlight last year. It’s a perfect example of irony and injustice – any person who could “absolve” you of guilt is equally guilty.” said Sam DeBurgh, mastermind behind Slow Bullet.

It has been said there is strength in “weakness”—in exposing fear and faults, doubts and despair and pain. It takes more courage, then, to reveal vulnerability than to construct a facade, false or not, between oneself and the real world. If so, then Slow Bullet’s debut LP Still Close Enough to Go Back is as strong as an album gets. In it, singer and songwriter Sam DeBurgh exhibits a range of emotions—in grumbling guitars and trickling leads, in drums that explode like fireworks against a July sunset and feedback that hovers like the hazy aftermath, in howling vocals that rise from fragile, humble starts.

Many of the tracks on Still Close Enough to Go Back showcase DeBurgh’s quiet uncertainty. Songs like “The Fiscal Year” feature a bristling bass and plodding drums, but the lacy guitars cling to these rhythm elements like spiderwebs; DeBurgh’s voice barely climbs above a murmur, even during the climactic chorus, where his lyrics painting a sober family portrait as colourful guitars splash against the beat. It’s even more tender during “Survival,” a slow-strummed acoustic track about the passage of time and its inevitable end, and “How’s School Going?” an whose young tragedies are accompanied by mumbling electric piano.

On the more volatile songs, though, Slow Bullet shows its full potential, especially on “Let Us Not Grow Weary In Doing Good,” the album’s opening track. At the beginning, DeBurgh’s full guitar frames his hesitant voice. But the song builds up suddenly; here, the bass roils beneath stormy chords, and DeBurgh’s roar reveals his full humanity. Other songs, though less turbulent, still seethe and simmer, still capture complex emotions; “Day Drunk at the Airport Bar,” with its crispy guitar tone, exudes uncertainty in the same way that DeBurgh’s bark on “Eating Puke” reveals a proud sort of shame.

This spectrum of emotion doesn’t make Slow Bullet special—all entertainers evoke a sentiment of some sort. Instead, the stories on Still Close Enough to Go Back are special in their rawness, in their red and sensitive execution. Here are songs simultaneously beautiful and brutal, fragile and furious. Here are songs that must be emotionally exhausting to scream into a microphone, hidden behind an acoustic guitar, eye-level with the audience, but that must also be exhilarating and liberating. Here are songs that illustrate how and where and why there is strength in weakness.

Slow Bullet Still Close Enough to Go Back will be available everywhere October 28 via Blood & Ink.