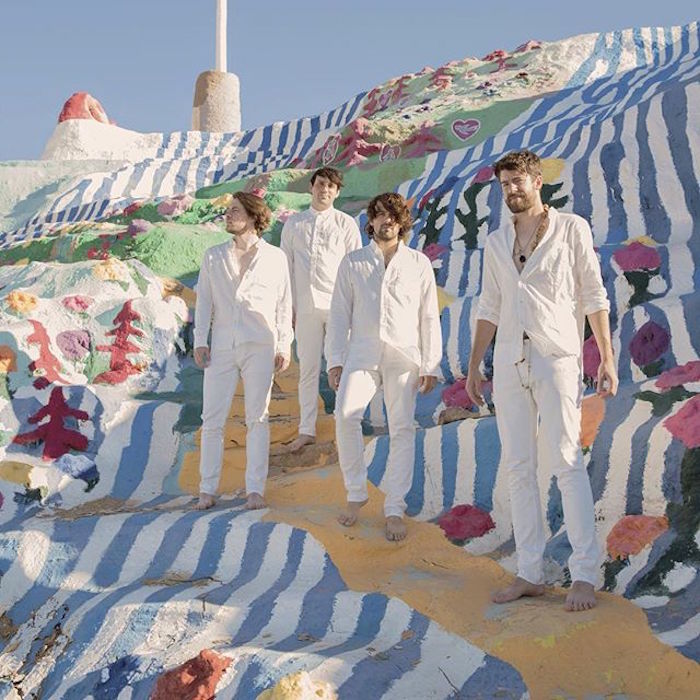 Talkie creates indie rock/pop that’s equally influenced by 60′s brit-invasion as it is 90′s alternative. As a follow up to their popular self-titled debut release, Talkie is set to make a big splash with their upcoming double LP, Hablas. The band had this to say about the new release:

It was the fall of 2014. There we sat at Rock Bottom; no, not a low-point of existence, but rather a local establishment of fine dining with a rather depressing moniker. We heard a whisper: “Hablas.” Puzzled and in desperation we inquired, “¿Hablas? ¡Estamos muy nervioso, no entendemos español!” (Speak? We are very nervous. We don’t understand.) And yet, the Spanish whisper lingered in the air: “Diles de mi historia. Deje tu montaña y ofrecer la palabra al pueblo.” (Tell my story. Leave the mountain and offer a voice to the people.) How could we refuse?

After several months of isolation and secrecy, we emerged with the makings of a new record. Pero, ¿dónde iremos? ¿Quién podría comunicar esta pieza? ¿Quién entenderá los misterios y milagros de este mundo que hemos visto? (But where will we go? Who could communicate this message? Who understands the mysteries and wonders of this world we’ve seen?) No one. No one, that is…but us. And so, we built a recording studio in a barn and set out to record, re-record, mix, ctrl-z, mix again, and master a new album entirely by ourselves in the summer of 2015. Little did we know that we’d be making our greatest double LP to date. De nada, Planet Earth.

You’ve heard it in inglés, you’ve heard it in español. It is with great pride and bravado that Talkie bring you the follow-up to their CMJ debut: the double-LP experience, Hablas. Clocking in at just under an hour, the entire project was produced in seclusion at Headfone Audio – a new studio facility built and operated by the band.