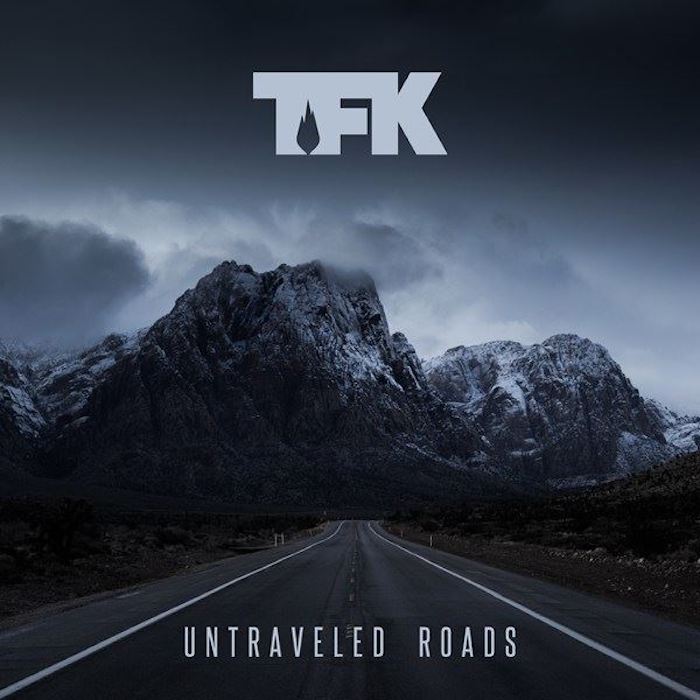 The new 12-track album features the title track “Untraveled Road”. The video has charismatic frontman Trevor McNevan delivering vocals in front of thousands of fans with hip hop-like urgency before exploding into a chorus punctuated by band mates Joel Bruyere (bass) and Steve Augustine (drummer) and tour guitarist Andrew Welch that is reminiscent of Linkin Park at its catchiest.

“‘Untraveled Road’ is about standing up for what you believe in,” relays TFK frontman Trevor McNevan. “It’s about not being afraid to take the first step, or be the first voice. It’s about having the courage to be unashamed, and the faith you need to take a step before you can see the ground.”

The new live version of “Untraveled Road,” along with the full Untraveled Roads album, were recorded during this year’s 46-city Winter Jam Tour Spectacular, the fourth largest first quarter tour in the world (Pollstar). In addition to “Untraveled Road,” the recording features hits like “Courtesy Call,” “Running With Giants,” “War Of Change,” “Push,” “Let The Sparks Fly,” “Born This Way,” “Light Up The Sky” and “A Different Kind Of Dynamite.” Together, these songs represent a season of extraordinary success as the band’s last three indie records have already garnered over 455,000 albums sold, two million digital downloads, and more than 300 million streams.