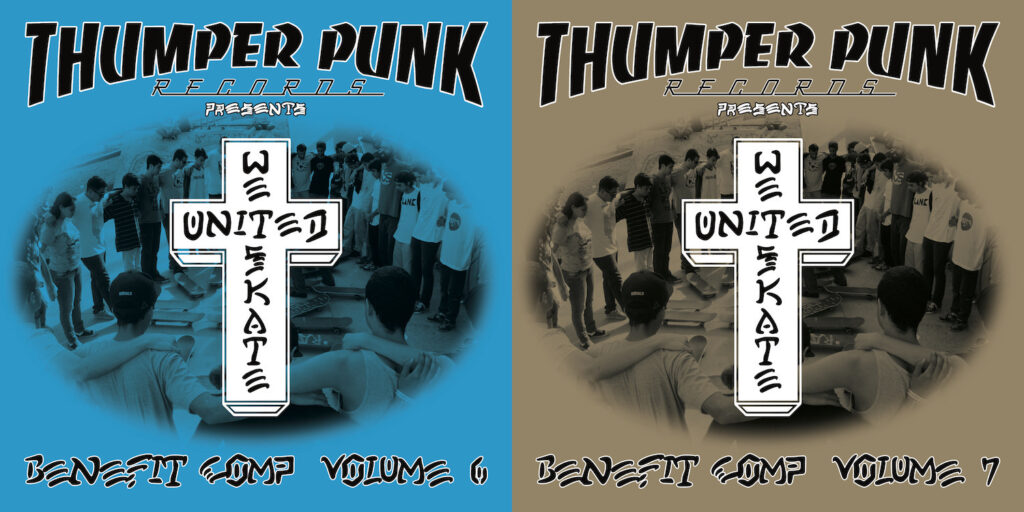 Thumper Punk Records has announced the release of Volumes 6 and Volume 7 in the United We Skate Benefit Compilation series, featuring two album chock full of punk rock music for skating and praise.  Continuing the five volume compilation released in 2015, all proceeds from the sale of Volumes 6 and 7 will go to the Christian Skaters International chapter in Middlesex, Virginia (run by Aaron “Liberty” Wells of the band True Liberty).  This compilation features artists from several countries, with different languages, reflecting that we are one brotherhood under Jesus Christ regardless of the language we speak.  Highlights include new tracks from TPR bands False Idle, CPR317, The B-Listers, Platoon 1107, as well as debut tracks from a number of up and coming bands.

Each volume can be independently purchased as digital downloads or in CD format.