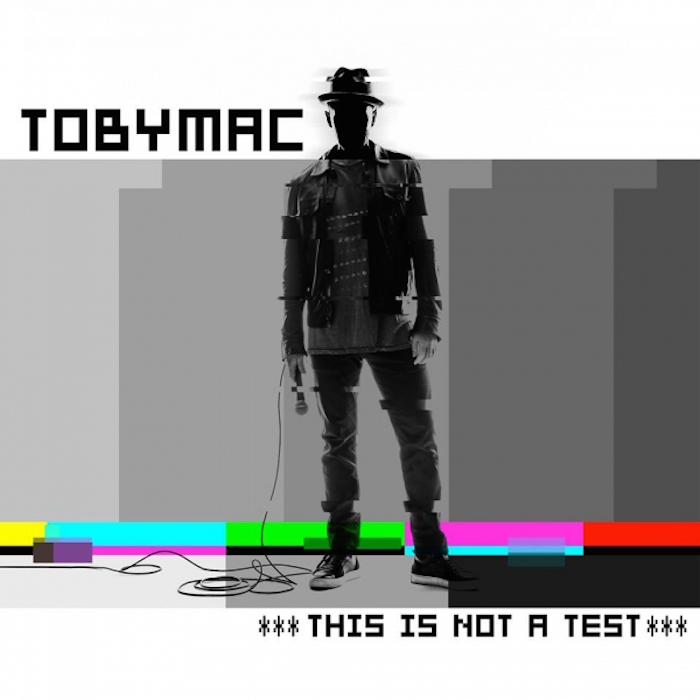 Six-time GRAMMY® winner TobyMac has announced the release of his sixth studio project, THIS IS NOT A TEST.  This 11 track project is the follow up to his No. 1 Billboard debut, Eye On It, and is now available for pre-order on iTunes with a street date of August 7.

The title of the album comes as a reminder to “make every moment count, and make every second count,” explains TobyMac.  “I started collecting concepts as soon as I turned in the last record three years ago, and started working on this album a year and a half ago. The concepts are all based on my life experiences.”  An album that he feels reflects important themes like loving each other well and the richness of diversity.

THIS IS NOT A TEST finds the American Music Award winner collaborating with a diverse group of artists, including for the first time in a decade, his dcTalk bandmates Kevin Max and Michael Tait, and newer artist like Capital Kings, Ryan Stevenson and Hollyn.

THIS IS NOT A TEST will be available as a deluxe version with four additional tracks, two new songs and two remixes, including “Lift You Up,” “Fall,”  “Beyond Me (PHENOMENON Remix by Soul Glow Activatur) and “Like A Match (Garcia Remix).”

Track list for THIS IS NOT A TEST – DELUXE EDITION:

To pre-order THIS IS NOT A TEST, and receive two advance song downloads, click here.