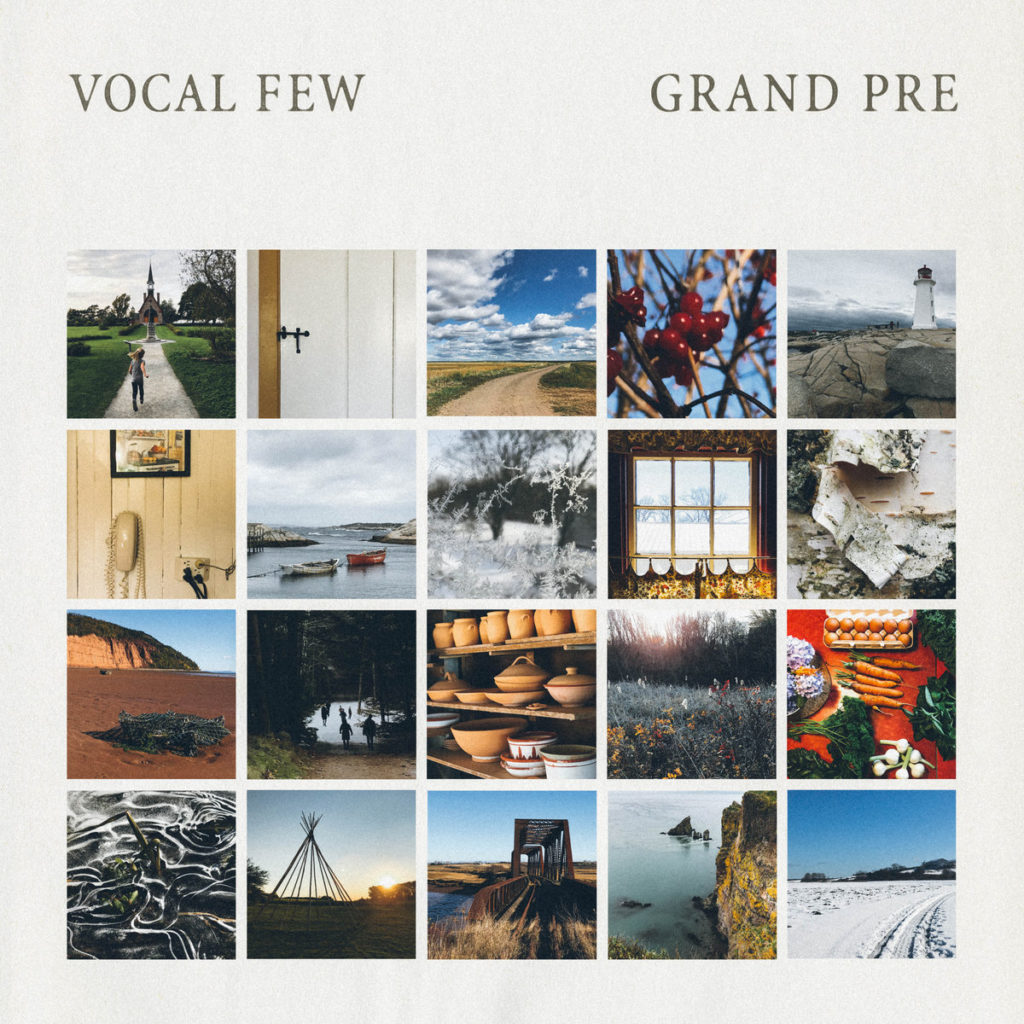 Vocal Few have spent the past year on an adventure far from their Seattle home. Heading across the continent, the MacDonald clan, Matt, Kristie, and their three munchkins took up residence in the Macdonald clan almost two century old family farm in the historic settlement of Grand Pre, Nova Scotia. Part holiday and part escape from their hectic life, this sojourn has also been a creative time, as stated by Matt.

It’s finally here, the first song from Grand Pre EP. It’s also the first song that I wrote after arriving in Nova Scotia, still buzzing from two months of travel & a year and a half of craziness (new baby, TCC album release, tours & moving).

We moved into the 1830’s-built “white house,” as my family calls it. It was the first time I considered the reality that we’d be staying put. The landscape wouldn’t be changing quickly as we travelled through it, but changing slowly as the seasons came and went. I think this was troubling to my subconscious, which fed on the hyperactive, impulsive mania it had come to expect. Before I could sit, I had to write this song.

I spent the first day after tour frantically building a standing desk using an old door and scrap materials from detached garage on the property. The next day, I set up my “studio”, which consists of monitors (speakers), a computer, and a small rack case with some outboard gear – which I’d carried with me in a bunk in the RV across the country.

From August 10th to 13th of 2017, a celebration was happening at the historic site & visitors center down the road. It was between the Acadians (the original “settlers”) and the Mi’kmaq (indigenous people), celebrating 400 years of friendship. Drums echoed off the trees in the backyard, and I could hear them pounding as I stood at my desk. Hundreds of years back, Acadians had been forced off land, and their houses burned, because they refused to ally with the French or English. They were constantly on the move to escape colonial conquest (interesting fact: they were expelled from Atlantic Canada to Louisiana, and became the progenitors of “Cajun” culture, a word derived from “Acadian”). The story wasn’t lost on me. In some small way I could identify as not feeling like we had a home, of constantly being on the move, of chasing the ever-elusive idea of security. And then all that is juxtaposed by this centuries-old friendship with people who have lived here for thousands of years. It was a call to do the same, again in some small way, to connect with the old. To dig in (we did). To meet our neighbors (we did). To enjoy the culture and the history of the place (we did). But first, I had to write “Go.”

Grand Pre releases Aug 17th and can be pre-ordered on the Vocal Few Bandcamp page. Find out more about Vocal Few during The Antidote’s 2017 interview with Kristie and Matt.