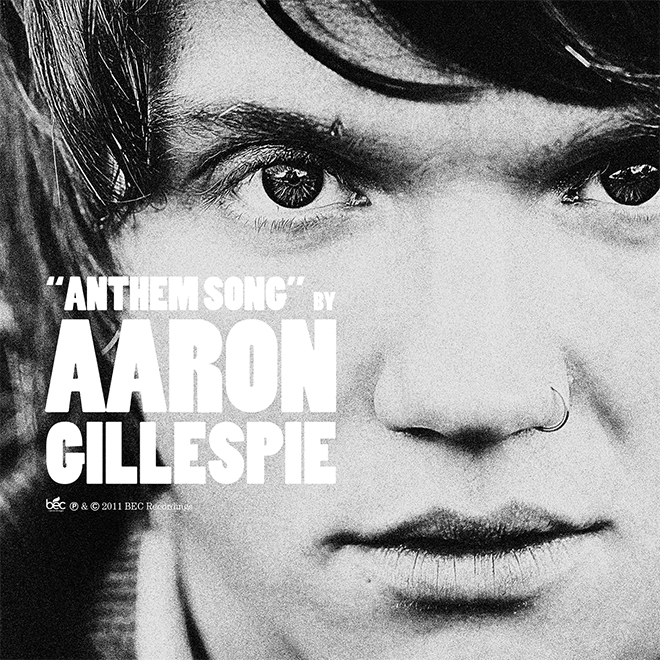 Aaron Gillespie’s first solo album is a 180° change from his previous endeavours.

Gillespie’s roots began with the metalcore band, Underoath, back in 1997. At the age of 14 Gillespie was offered the position as drummer and remained with the band until until April of 2010. Gillespie also started an alternative rock band, The Almost, while he was still drumming and doing the clean vocals for Underoath. The Almost released their first album Southern Weather in 2007 and their follow-up album Monster, Monster in ’09.

In April of this year, Gillespie released a solo worship album, Anthem Song. It was a surprise to many fans to hear Gillespie offering praise music. Vocally the album is a treat to listen to. Gillespie has a distinctive voice that carries well within the worship format. However, I was expecting more than just a typical contemporary worship album. Aaron Gillespie is known for being much more than just “Underoath’s drummer”. A talented vocalist, guitarist, and  his strong song writing skills have always been Gillespie’s assets, but not many of those abilities showed up on Anthem Song.

Yes, there are some better than average tracks. The single “We Were Made For You” carries well on Christian radio and tells of how we were formed to be in a relationship with God. “I Will Worship You” is a heartfelt call to God. Acoustically driven, the song builds to a crescendo during the chorus with Gillespie passionately singing “Hallelujah, Hallelujah, Hallelujah, our God reigns”. The title track “Anthem Song” has a pop slant that feels radio driven. The lyrics reflect God’s faithfulness and love to us “We sing to you oh God for you are good, Your love for us will always carry on, Your faithfulness is brighter than the dawn, The whole universe is echoing your song, Hear it rise”.

Aaron Gillespie provided the answer as to why the change in musical style: “I saw people worshipping God because He exists, because that’s what we were created to do,” he says. “I believe everybody worships something, whether it be your job or your family or a relationship or whatever. We were all made to worship just one, and that’s Jesus. And it really, really messed me up, seeing these African people who have nothing worshipping God, just because He exists. It gave me the fuel to go and do this record and also convicted me to leave Underoath and to pursue this ministry area in my life.”

I’m hoping that Gillespie’s next worship album might provide the listener with a greater musical and lyrical depth.

Click her to listen to songs from “Anthem Song”.