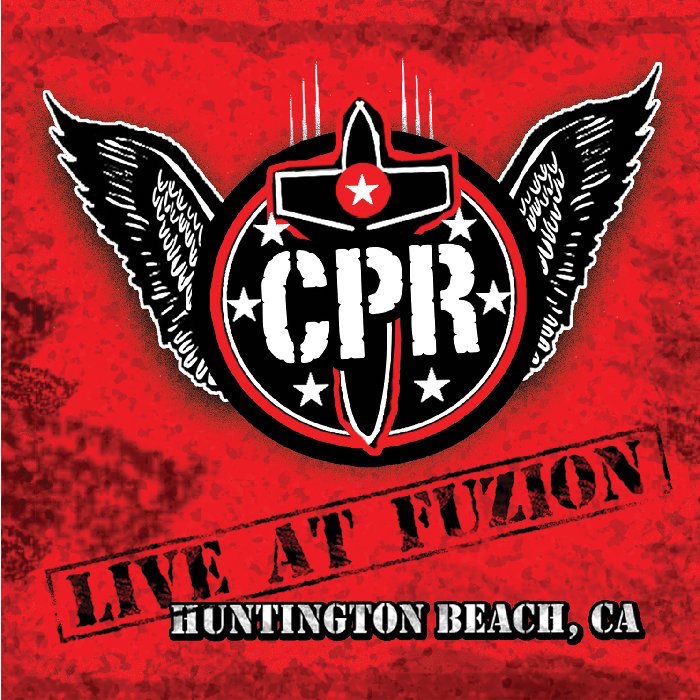 Few bands have the audacity or the skill to record a live album for their debut release. CPR has the drive and talent to do just that. Released through the micro label, Raven Faith Records, Live At Fuzion, regenerates classic punk into a sound that is genuinely new.

CPR’s influences come from both sides the Atlantic as they draw on the sound of American bands such as Black Flag, The Ramones, and the Dead Boys and British bands like Sham 69, the Sex Pistols, and Cock Sparrer. The three piece Huntington Beach, CA based CPR could be called a family band, since it’s comprised of a father and his sons, but their sound is nothing like that. A hard driving sound with raw vocals and brilliant musicianship has created the rough hewn gem, Live At Fuzion.

The songs of CPR’s Live At Fuzion clearly clearly spell out the band’s Christ centered focus. Especially on the opening track, “Contagious”.

Then I saw the lions, reaching for the lost.
Using the guitar to get the point across
They put a spark in me that turned in to a flame
Now I want to be the one that’s willing to proclaim

Catchy choruses on the outstanding “Frontline Workers”, “Hard Life”, and “Friend of Mine” give the chance to sing along. Heartfelt praise shines on “In Him/Alive” and “Take A Drink”. In typical punk fashion, dissatisfaction with the government is voiced clearly on Rebellions”.

So you don’t like the way this country is run, and the politicians are having fun
some people say this decades, there’s more in store on a distant shore
Rebellion’s, Rebellion’s…

“Tomorrow is Another Day” and “I’m Learning” carry profound instructions to both mature Christians and newcomers to Christ.

The vociferous tunes recorded during the CPR set for Live At Fuzion must have been an incredible crowd experience. The only thing better than listening to this album would to have with the masses for that live set. Wish I’d been there.