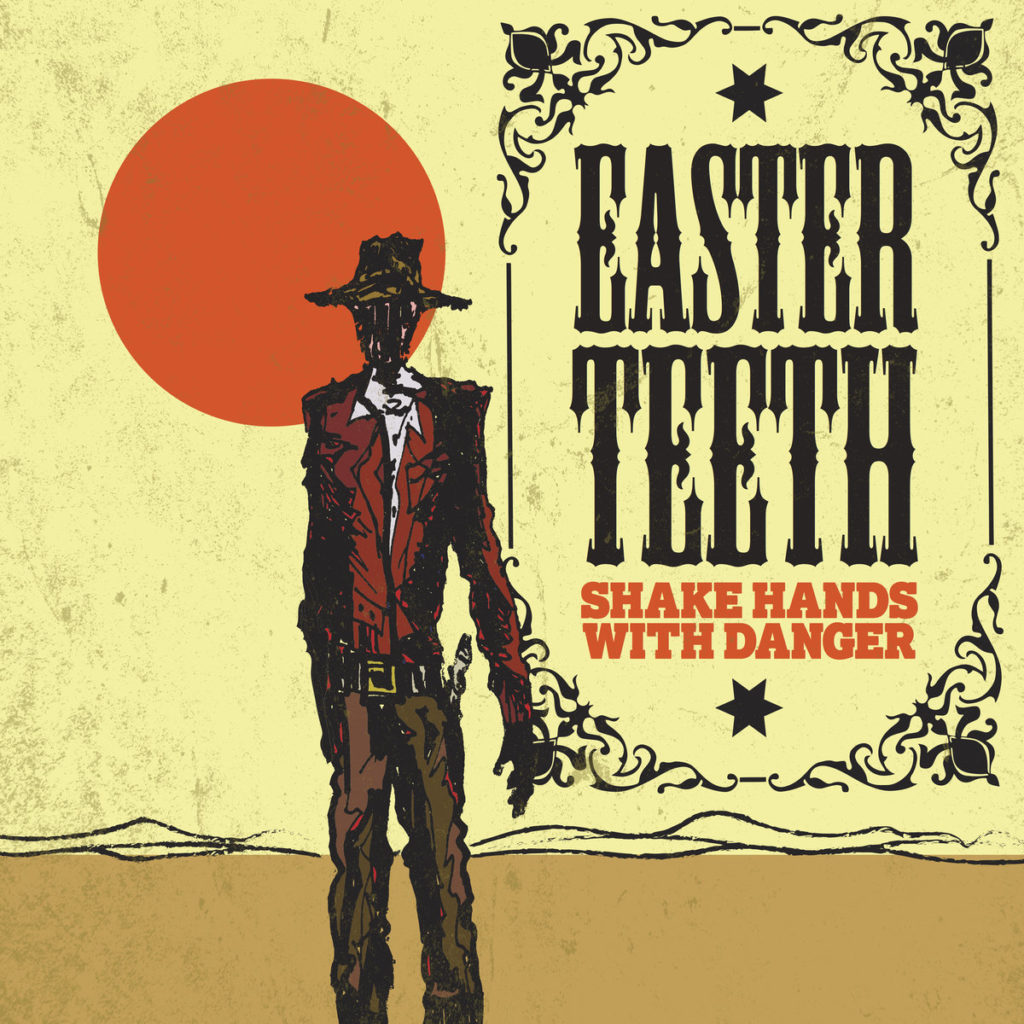 Just as you can’t judge a book by its cover, neither should you be expecting cowboy music from Easter Teeth on Shake Hands With Danger. You can expect something oddly brilliant and challenging.

Since 2009, the Eymann brothers, Josh and Tim, have been messing with peoples ears as they mix soul into hardcore. Think what would happen if Death From Above 1979 were liberally coated with the soulfulness of James Brown, with a wild assortment of sounds thrown in from a box of unusual gadgets, and you get a hint of where Easter Teeth is heading.

According to the band, Shake Hands With Danger is set to fill the gap between 2015’s split with Moral Monsters and their as yet unnamed full length, due to release later in 2017 through Veritas Vinyl. This mini EP includes a pair of misfit tunes that didn’t quite mesh with the new album style.

The gritty feel of the title track syncs perfectly with the tongue-in-cheek topic of Manliness (capital M deserved). Give this song to your football obsessed brother-in-law to see if he detects the irony.

A stoney set to his face. A focused steel to the eyes. A ringing step in the streets. Shakes hands with danger, takes a seat. M-A-N. When times get tough he takes a stand.

“Sleep to the Beat” delivers its grooving bassline before making way for Tim Eymann’s wild time on his Casio keys. The twosome build this rhythm into a look at another rhythm, Circadian style.

Easter Teeth music may not fit everyones taste, but this talented duo knows how to craft a dynamically inspired vibe on Shake Hands With Danger. This EP leaves me wishing that the band’s full length was coming much sooner.

Shake Hands With Danger is now available on CD and digital via Bandcamp.