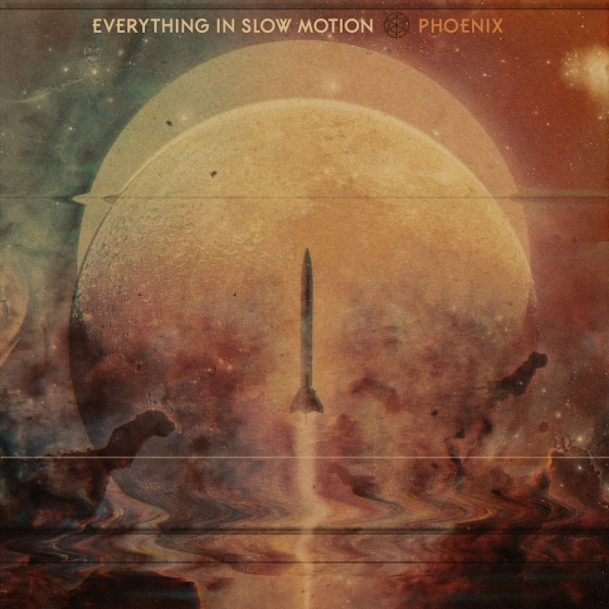 Ochsner has described the new album as “a therapeutic way of working through my issues with my faith”.  Phoenix is a brutally honest, somber, and revealing work. Fashioning a tale of an addict, it brings despair and misery into a context that any of us can envision.

Musically, Phoenix ranges widely through, rock, post-rock, hardcore and even into worshipful moment found on “Numbers” and “Proxima”. Even through these various style changes the album remains as a cohesive unit.

While the entirety of Phoenix is outstanding, there are three songs that stand out from the rest:

Christian Lindskog of Blindside, brings his distinctive  style to “Speak” as guest vocalist. Blending his unique vocals with Ochsner’s carries this track into the the upper reaches of greatness.

The second guest vocalist found on Phoenix, Holly Ann, may not be on everyones “must listen to” list, but she should be. She adds her beautiful and ethereal vocals to the worshipful final track “Proxima”.

Unquestionably, the best song found on Phoenix is “Most Days”. Musically, the song climbs a hill that becomes steeper and steeper, until the climber reaches the apex and drops of the peak as the last few soft notes are played. Lyrically it describes the nature of addiction and the hunt for relief from it’s grip. My opinion is that “Most Days” is the greatest song released, in any genre, during 2013.

Phoenix is artistically outstanding and stretches both musical and lyrical boundaries. Phoenix, is is an outstanding achievement from a uniquely talented musician. Kudos to Ochsner for breaking the staid and predictable musical norms by raising the bar for his own music and for all others creating music.