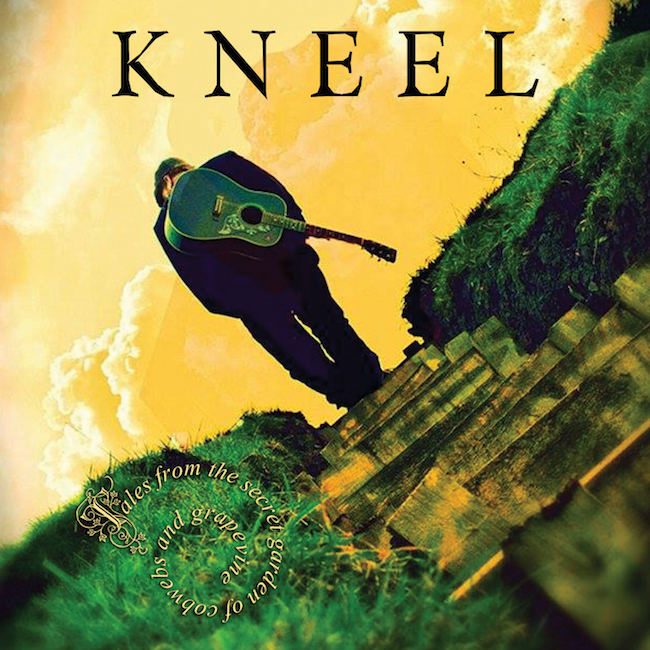 Neil Roddy’s musical path has taken a reflective turn following his own life-threatening medical emergencies and the free-fall of a child’s bout with cancer. After the angst grew cold, Roddy returned to the studio to sing about new chapters in a life re-awakened by the comforting love and assurance provided by his Lord and Saviour, Jesus Christ.

The former frontman of Ambassadors of Shalom was used to crafting no-holds-barred, in-your-face lyrics focused on his faith in Christ. Now performing as Kneel (love the play on his name), Neil Roddy has switched into the sphere of alternative rock on his solo release, Tales from the Secret Garden of Cobwebs and Grapevine. Musically strong with straight-forward guitar based rock, with styles that range from the folk/rock vibe of “Renegade Monk” to the emo influence “Daddy I was Shouting for You” and “Smile”. The EP brings four songs that dig deep as they strive to offer answers to life’s struggles.

Tales from the Secret Garden of Cobwebs and Grapevine is available via the new record label, MMLJ Records and can be purchased online at mmljrecords.bandcamp.com and other online digital retailers including bandcamp.