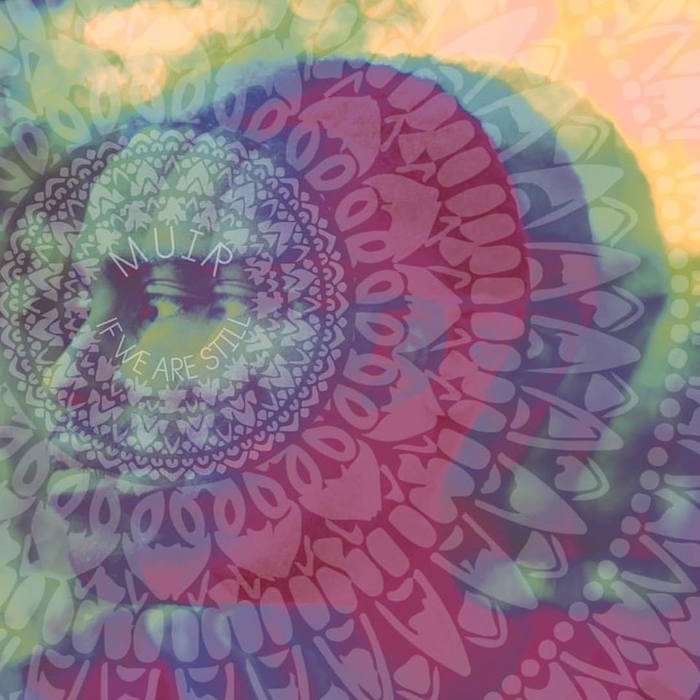 Muir leapt into the music scene with their self-titled album in 2014. Featuring a collaboration of ten musicians, they were lead by life-long guitarist and band founder, Drew Creal. The album generated enthusiasm with its broad range of influences, progressive, post rock, metal, ambient, and drone  were combined to became the essence of Muir’s innovative sound.

In 2015, a quandary appeared. How does Muir surpass the artistry of the debut release? The band accomplished this in droves with the new EP, If We Are Still.

With Muir now comprised of only three members, Drew Creal on guitar, drummer Jordan McGee and Joseph Burgers on bass, the sound of Muir has become streamlined and focused while still retaining the emotive qualities found on their previous songs.

The lines between simplicity and boldness have been blurred on If We Are Still. The music gathers force, idles, then ebbs away as the music flows in the same pattern as the ocean tides.

Drawing upon the inspiration of environmentalist and philosopher John Muir, the band Muir has epitomized the intentions of 19th century naturalist when he wrote:

The gross heathenism of civilization has generally destroyed nature, and poetry, and all that is spiritual.

The band Muir, has taken that statement further on If We Are Still, as they create a musical connection between the art of man with the beauty of our natural world, the art of our Creator.

Find If We Are Still through Bandcamp, and all other major digital retailers October 27, 2015.