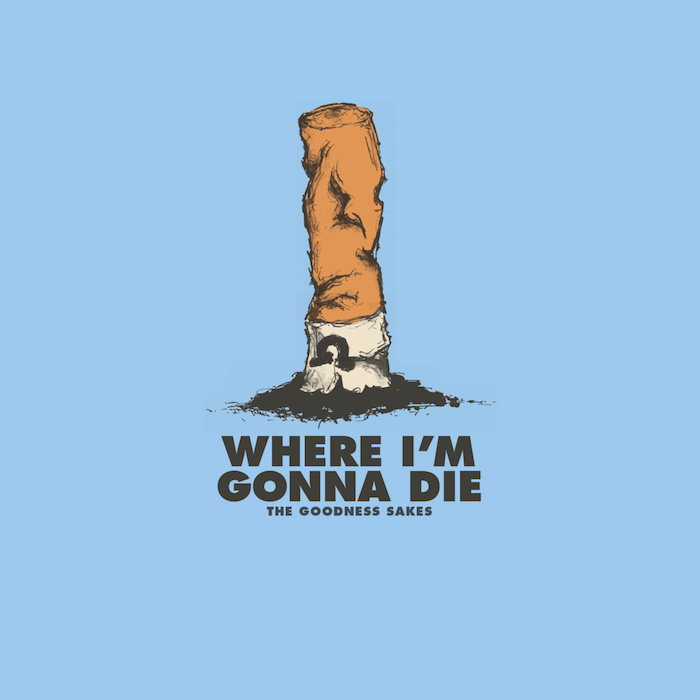 Where I’m Gonna Die‘s opening track, “Black Smoke”, sets the stage for the theme of the seven song EP… death. This upbeat number heads into the time of life where, standing on the brink, where the decision lies to either fall into an apathetic state or reach out and make a mark in the world. In much the same vein, “Cops and Robbers” follows, albeit with a darker connotation.

Where I’m Gonna Die makes an abrupt change, shifting into a southern rock vibe for “Ends and Means”, then bridges into the pop/alt rock of “Kolkata”. Working in both the name for the capital city of West Bengal province and the city of Dubai, Norman adds additional exotic locales to the EP. Yet the song is simple, describing the creation and abandonment of dreams.

I’m a multi-boroughed city, each with their own beating hearts
Pushing out all of the culture for hi-rise hotels and polished martini bars
I don’t know quite how it happened, but it’s me nonetheless

Surprises abound on the closing tracks of When I’m Gonna Die. The latter half of “Garden of Eden” revisits the classic Sunday School song, “Peace Like A River”, and delivers a twist as the original lyrics are changed to reflect disillusionment. The final moments of the EP are with “Foxhole”. Sung with an earnest heaviness the song ends with the final line sung in a fading whisper.

One day you’ll see all you thought was important
Was nothing. When you find your mistake
You won’t find your footing at all I’m afraid
Hallelujah, what have I done?

When I’m Gonna Die could easily be described as a modern day retelling of the Book of Lamentations. That’s the admirable element to the EP. It’s an honest appraisal of man’s life as he looks back on his adolescence, his current status, and where and how that life will end. While it could never be described as uplifting, When I’m Going Die, is a stand out release. A brilliantly contemplative introspection into darkness.