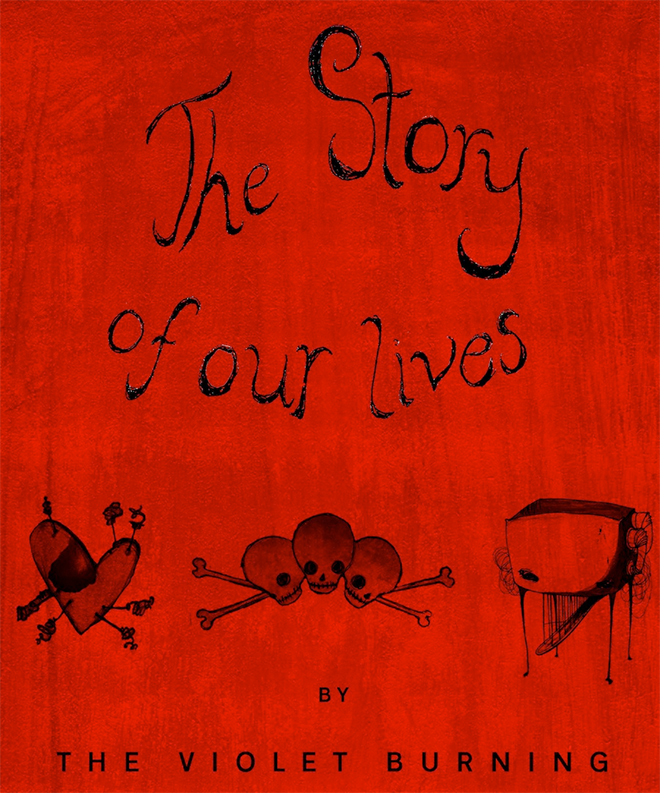 I know that concept albums often fail to achieve their original intent, but not in the case of The Violet Burning. The Story of Our Lives is brilliantly conceived, written and performed. This is undoubtedly the greatest work ever produced by this critically acclaimed band.

Due to the breadth of material on this album, I will only give an overview of each disc and some of the songs. Pick up this album to make your own track by track assessment.

This musical experience begins with disc 1, TH3 FANTA5T1C MACH1N3. The songs give lyrical discussion to the battle between God and an Orwellian 1984ish world (the MACH1N3) for the soul of an individual. The character is trapped in this world and decides, in the course of the songs, that his only means of escape is death.

The melancholy final song of disc one, “Leaving (But, I Don’t Wanna Leave You)”, is left behind. Black As Death, disc two, opens with a dramatic musical shift, and a noticeable Black Sabbath influence on “My Name is Night”. Many heavier songs are found on disc two, but also some acoustic tracks. As the disc name would suggest, disc two has a dark feel. The album character, after choosing death, explores the potential consequences of his decision.

The final disc brings the summation of this musical trilogy. Liebe über Alles, the title of disc three, translates as “all about love”. God’s love prevails. The album’s character, though he had chosen death, lives, and finds peace as he is reunited with God’s Spirit.

The Story of Our Lives is a profound musical journey. This album will have be to be considered as one of the greatest albums of 2011, if not the past decade. Check it out at: