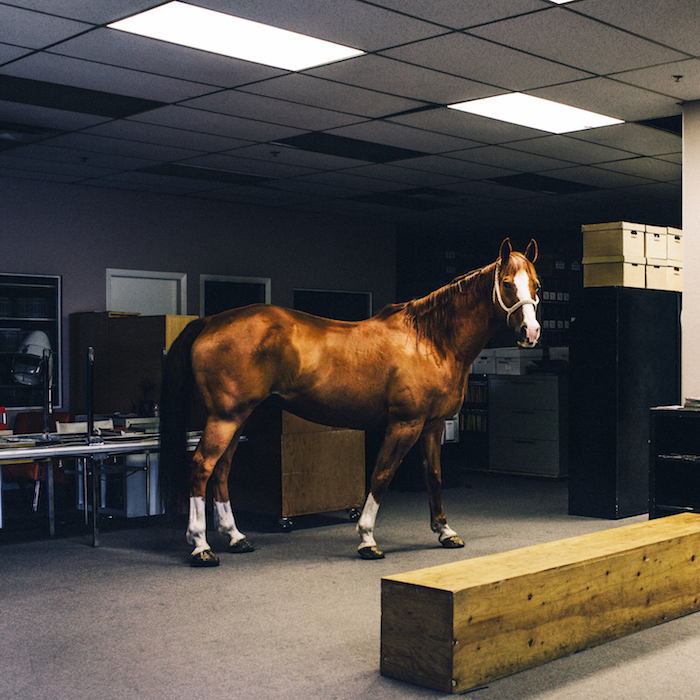 “The Spirit isn’t dead, it’s transforming in me”
– We Are The City, Take Your Picture With Me While You Still Can

The divergent adjectives “pop” and “experimental” are be brought together into a single package, as it accurately describes the music of Vancouver, BC natives We Are The City.

One of the most versatile and creative Canadian band’s to be heard, We Are The City created their wonderfully detailed album Violent in 2013. The album went on to find a new audience when it was was re-released by Tooth & Nail Records and Sinnbus Records earlier this year. The creativity of We Are The City also found it’s place on the big screen. “Violent” the film, was directed and co-written by the band’s drummer, Andrew Huculiak. Scored by We Are The City, “Violent” screened at a number of prestigious film festivals around the world, picked up over a dozen awards, was short listed at Cannes, and was considered for submission to the 2015 Academy Awards as Canada’s foreign language film.

After the international success of Violent, We Are The City had no option for their 2015 release, it would have to be “go big or go home”. The band has more than succeeded, by delivering their greatest release.

Above Club is a compact album, containing only eight tracks, yet feels much longer than it’s brief 25 minutes running time, because so much has been included on every song. Sonic complexities abound, lo-fi audio aspects, syncopated rhythms, huge drums, and distorted synths, run rampant throughout Above Club.

The lengthy titled “Take Your Picture With Me While You Still Can” opens Above Club, with a dreamy synth intro and vocals with a ballad styled delivery until the huge kick drums jump into the mix. The vocals provide an interesting look at perceptions.

Take my picture
I’m not the man I thought I’d be once
Take your picture with me while you still
Is it not what you thought it’d be?
Does anybody know the number for a cab?
I’m not what I thought

“Club Music” with its unusual synth intro bring to mind old video game sound effects, the drama heightens as the dreamy synth bridge disappears and Cayne McKenzie vaults his vocals to the sky and back again.

“Keep On Dancing” opens with an enormous drum sequence from Andrew Huculiak, then turns in a distorted synth sounding like steel drums and carrying it’s oft repeated refrain “Whatever God is, It’s here with me now“, is the catchiest song of the album.

The gorgeous vocals on “Cheque Room” are smoothly delivered with abrupt instrument oddities breaking in to add a distinctive flavour. The lyrics cast a view back to a scene from the film “Violent”.

When God calls me out onto the lake
I tell my mind the waves are sand
But when I step, I sink
Although I fight, I succumb
How come?

The band has created a complex soundscape that simply doesn’t let up, keeping the listener constantly on edge, with a style that will change the definition what is considered “pop music”. Above Club remains as an intricate audible masterpiece that bears witness to the artistry of We Are The City.

Discover Above Club from We Are The City on Bandcamp. 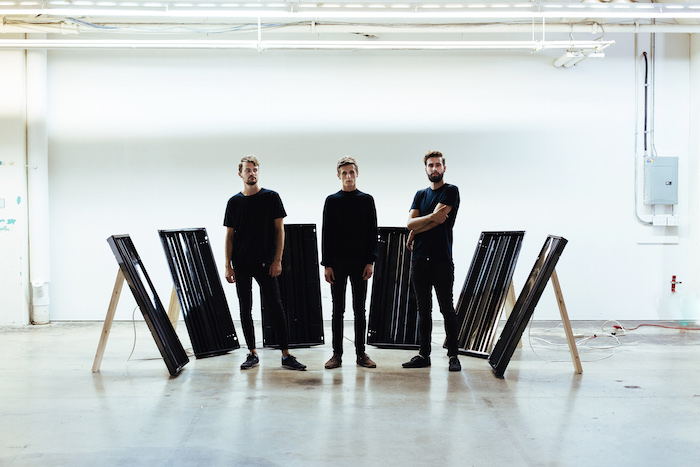