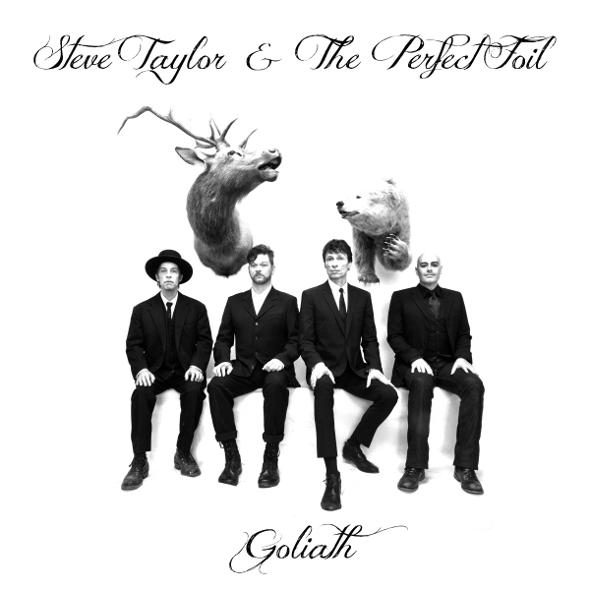 The long anticipated album, Goliath, from Steve Taylor & The Perfect Foil may soon be released. Publicly funded through a Kickstarter campaign last fall, fans have been treated to numerous (somewhat bizarre and humorous) updates from Taylor describing the recording process. Such as:

My name is Howard Howe, and I am an attorney with Dewey, Bustem & Howe, a firm specializing in class-action lawsuits involving crowdfunding and overdue backer rewards.

As a fellow backer of the Steve Taylor & The Perfect Foil Kickstarter project, I share your frustration at the seeming inability of Steve Taylor & The Perfect Foil (hereinafter referred to as the “So-Called Band”) to complete delivery of their promised long-form recording (hereinafter referred to as the “Quote/Unquote Album”). Our firm is now in the discovery phase of litigation against So-Called Band, and I’ve just concluded an initial deposition with Mr. Taylor at the office of his attorney, Mr. Samuel S. Squire, Esq.

The reality is that oftentimes it takes much longer to produce a new work than was originally expected. Much the same situation was found during the development of Taylor’s film adaptation of Donald Miller’s Blue Like Jazz. As a token bone-thrown-to-the-dog, Steve Taylor & The Perfect Foil have revealed the album art for Goliath.

With an incredibly talented group of artists involved in Steve Taylor & The Perfect Foil, I’m sure the results will be well worth the wait.

Steve Taylor & The Perfect Foil is comprised of:

John Mark Painter – one half of the rock duo, Fleming and John, sought after studio musician.