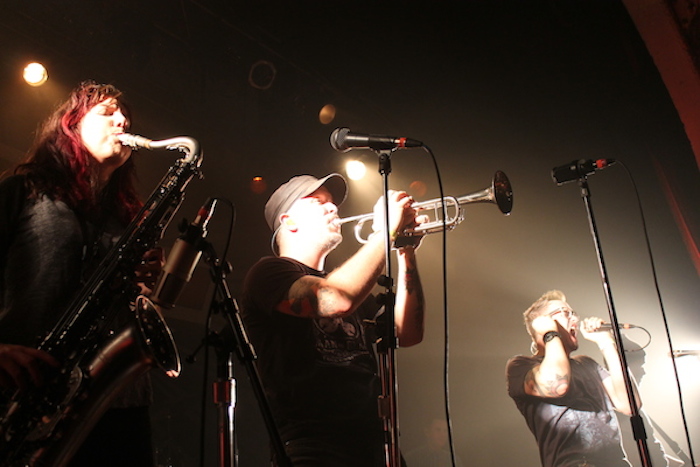 My favourite Toronto venue, The Opera House, was home for a night to the masters of ska, Five Iron Frenzy, on November 13th. Perhaps it might be best to now describe FIF as the ex-masters of ska as the band displayed their new sound. Band members described their music as power-pop rock with horns. What they said is what we got. Tremendously catchy new tunes from their upcoming release, Engine of a Million Parts, was a large part of the show, but the band didn’t neglect their roots by opening with a fan favourite, Blue Comb ’78. 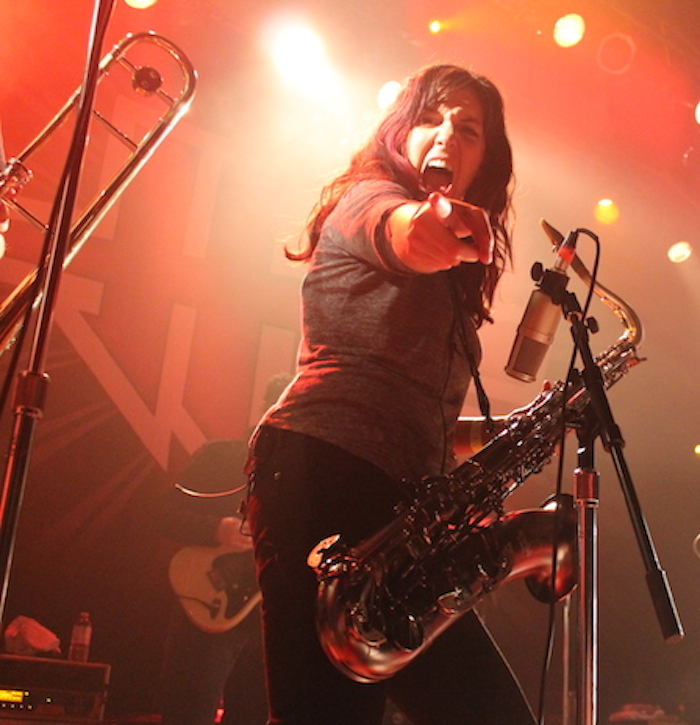 Leanor “Jeff the girl” Ortega Till may look angry, but she had a great night with her new sax. 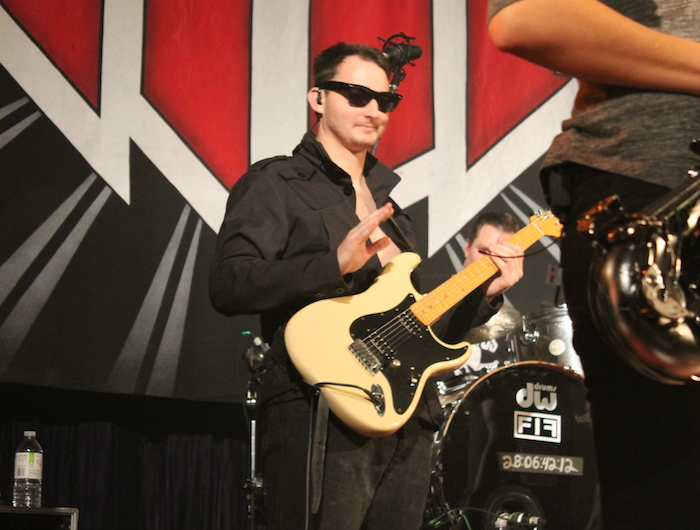 Five Iron fans were asking “Where Is Micah”? The big man had a talented and unusual replacement, Seth Hecox of the metal band, Becoming the Archetype. 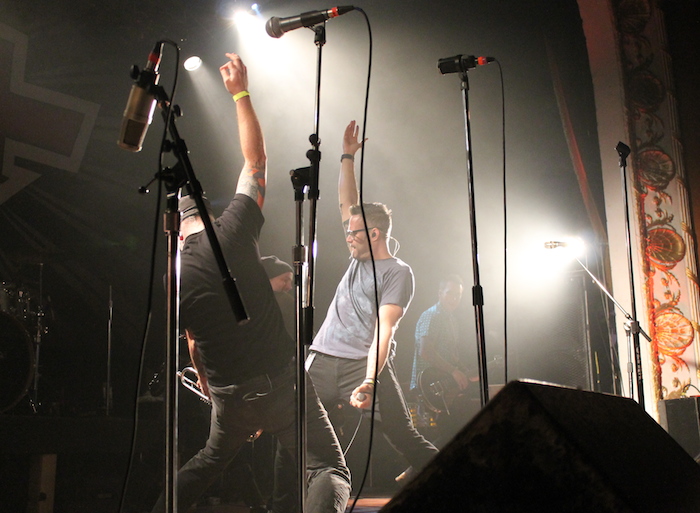 Five Iron Frenzy dropped their usual routine of costumed or themed characters for their current tour, but Nathanael “Brad” Dunham and Reese Roper still had a chance to put their dance moves to the test.

Five Iron Frenzy are known for giving one of the greatest of live shows. The event in Toronto was a testament to that. No question that the oddest moment of the night was at the end of their final song. The stage lights came up and the crew began disassembling the gear. NO ENCORE? No, but the music of Queen’s “Bohemian Rhapsody” filled The Opera House as a number of band members jumped off the stage to add their vocals to that of the crowd. An unusual, but entertaining way to finish the night.

The band also spent time in conversation with The Antidote. Keep tabs on our broadcast schedule to listen to the broadcast of our interview with Leanor Ortega Till and Dennis Culp of Five Iron Frenzy.