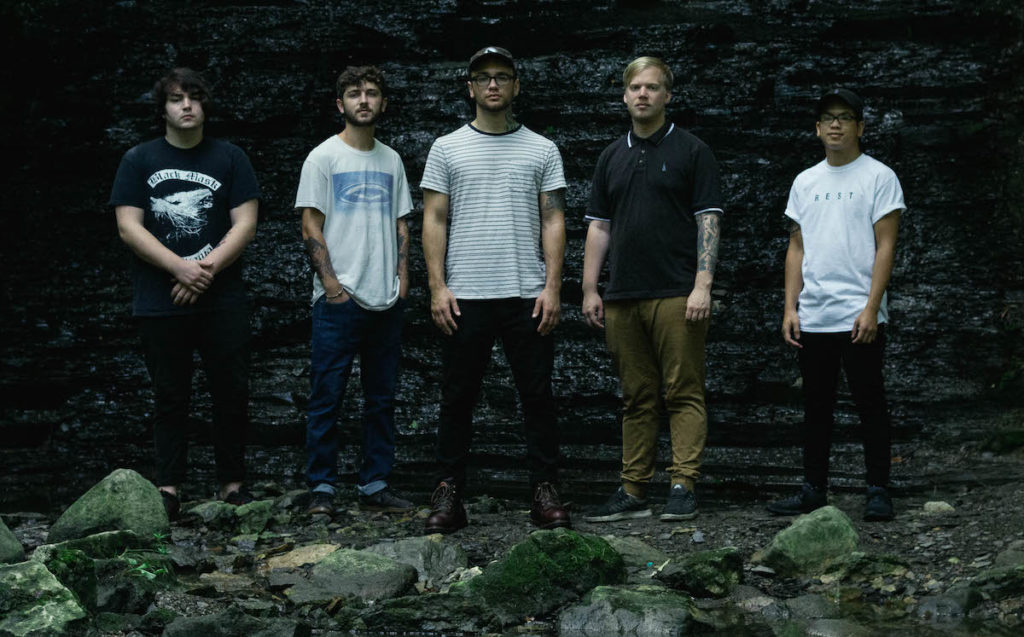 Indianapolis-based band CHURCH TONGUE, featuring Michael Sugars on vocals; Nicko Calderon on guitar; Chris Sawicki on guitar; Ty Bernhardt on drums; and Tony Blondin on bass, dole out a gnarly, noisy slab of emotional post-hardcore on Heart Failure, out October 21 on Blood & Ink Records. Sugars describes the album as “painfully honest, and aggressive. There were a lot of things I didn’t know if I actually wanted to say, because of the dark content. I came to find it as the great release I was looking for.”

CHURCH TONGUE have been making a racket since 2012. They formed under a different name, with all of the members cutting their teeth by playing in a variety of local bands since their teenage years. They’ve all had some wild rides on the road, like ending up in the middle of Mardi Gras or being trapped in Pennsylvania for two weeks. Those are experiences which shaped the band, the people, and the players they are today.

Sugars revealed the album is titled Heart Failure since every song, in some, way, shape or form, questions the human condition, God, love, artists, friends, authority, and one’s self. It’s also the type of impactful, emotional music that resonates fervently. A deep, dense record, but one that deserves the attention it will undoubtedly attract and the time that the listener invests into it.