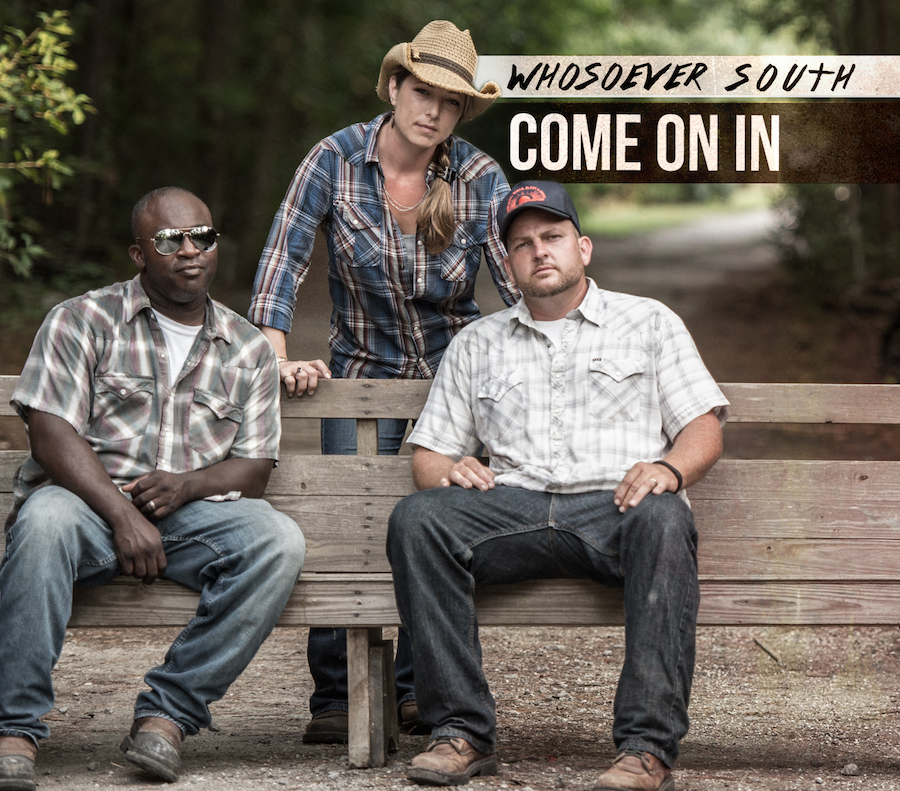 Whosoever South, the pioneers of Country Crunk, return October 7th with their all-new studio album, COME ON IN. The album will be released by Pit Bull Productions in association with Elevate Entertainment and Syntax Distribution.

Partnering up with A-List producers, such as Asaf Fulks, Dirty Rice, Andy Sheridan and industry veteran KJ-52, Whosoever South continues to create a sound all their own. COME ON IN is packed with traditional hip-hop and a backwoods flare, mixing inner city styles with banjo, harmonica and dobro – all centered around a clear Gospel message.

Comprised of Rowdy, Sarah and Mike, Whosoever South’s humble beginnings and diverse backgrounds testify to the fact that God can indeed use all things. Since the group’s formation in 2008, the trio released three underground albums before making their worldwide debut in 2013 with the album, Goin’ Home. An immediate hit, the group has been breaking down barriers and impacting lives by sharing the truth that needs to be known. “We all have one thing in common,” says Sarah. “We all need Jesus. Some folks just don’t know it yet.”

Whosoever South was Christian Music’s biggest surprise of 2013. Their unique blend of country and hip-hop quickly caught the attention of many industry insiders. The early buzz for what started as a truly independent album release led to an eleventh hour retail distribution deal with Elevate Entertainment and Syntax Distribution, and a major management deal with Nashville-based Michael Smith & Associates.

Critics were raving about the band’s genre-bending blend of country and hip-hop, calling Goin’ Home one of the best albums of the year. The group made their live television debut on Canada’s 100 Huntley Street, before heading out on a U.S. media tour that landed them on media outlets from coast to coast. Whosoever South were featured on episode 74 of The Antidote. Click here to listen to their music, and our conversation with Rowdy from Whosoever South.

UP TV masterminded an exclusive music video pairing Whosoever South’s single, “All the Time,” with footage from the network’s hit original series, Bulloch Family Ranch. “Come On In” is Whosoever South’s first single from its upcoming album, COME ON IN.

For more information, visit the official website at www.whosoeversouth.com.