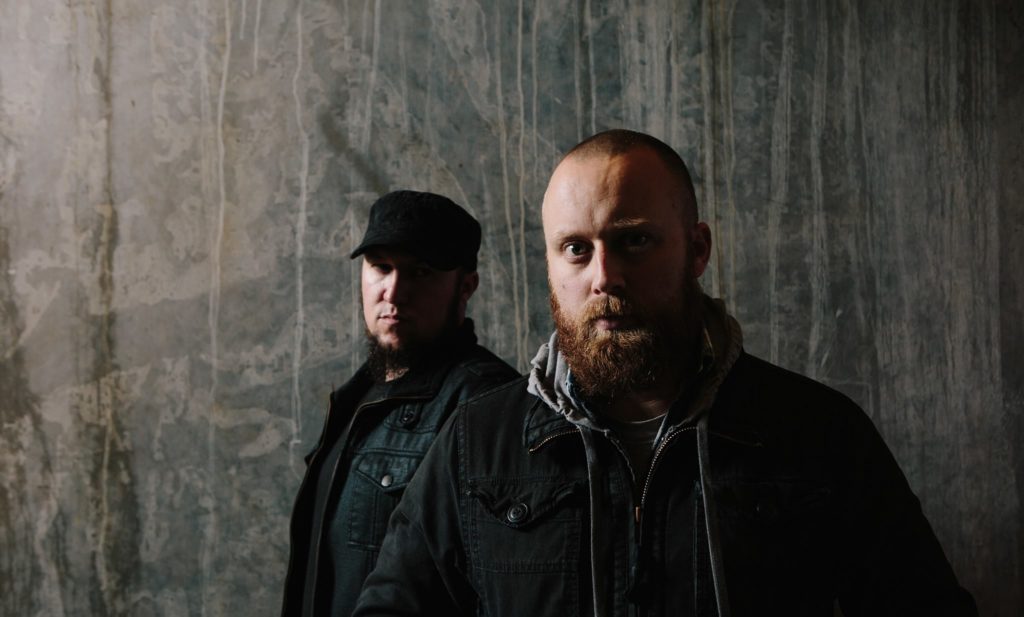 Death Therapy has announced their signing to Solid State Records and upcoming album release. Started as the side project of Jason Wisdom, former frontman of Becoming The Archetype. the project morphed into a full time project consisting of Jason Wisdom (bass, vocals) and Josh Seagraves (drums). The idea for Death Therapy was conceived in 2010 as a vision to craft music that is bass guitar driven, dark, groovy, and heavy. In 2015 Jason began writing and recording original music for the project, and Death Therapy was officially born. Death Therapy combines elements of metal with electronic, industrial, and post-punk influences.

“Let’s be honest, every bass player secretly dreams of starting a band where they don’t need a guitarist,” laughs Wisdom. “Having creative control and touring with just the two of us gives me a lot of freedom.”

The freedom he feels is on full display in his music as well. “There’s a certain stream of consciousness element to my writing process with Death Therapy,” he explains. “I try to let things pour out of me organically and I just leave them there.” The approach is a far departure from the technical music he’s created in the past, but the literary style better represents the artist himself: a fluid and malleable musician who processes as he builds.

The song “Slow Dance (With Death),” off their debut record The Storm Before The Calm, is a good representation of Wisdom’s writing approach. The lyrics “I’m just tired of surviving, slow dancing with death every day of my life” is, in Wisdom’s words, from “an actual dark moment in my own soul.” His lyrical themes are raw and therapeutic, and both the band name and the record’s title showcase the emotional wrestling that is woven throughout the project.

“There’s a song on there record called ‘The Lie,’” explains Wisdom, “which is about just wanting the pain I feel to go away, but then realizing that pain is part of existing, and is meant for a greater purpose. To snuff out the pain would snuff me out too.” Put simply, it’s a song churning with suicidal thoughts. “Suicidal thoughts themselves are the lie. They have the opposite effect; they intensify the pain and spread it out to others. As I approached this project, I asked myself, how can I write lyrics that are vulnerable, honest, and true to real life? I have to write ones that aren’t necessarily comfortable.”

And while it certainly isn’t sugarcoated, Death Therapy’s album isn’t one without hope. “I looked out and didn’t see anyone touching on these themes from the direction I am—from the perspective of someone that believes in ultimate meaning and hope, but also acknowledges sometimes life is ugly and uncontrollable. Admitting the former doesn’t mean denying the latter. A lot of people don’t understand that, and opt for a superficial, false hope instead—one that cannot withstand difficult times. To face tragedy with a hope that is artificial is an even greater tragedy than to face it head on with a hope that can withstand anything.” The record releases February 24th on Solid State Records, and although Storm Before The Calm insinuates “the calm” isn’t a place he’s reached yet, it’s certainly the destination he’s aiming at.

The debut album, The Storm Before The Calm, releases February 24th, with pre-orders now available at Solid State’s Online Store.

“In the years since I left BTA,” Wisdom says, “I’ve faced, and still continue to battle, a lot of personal struggles. I feel like a lot of Christian metal bands like to write about the end times Armageddon, and the like – I definitely did when I wrote for BTA – but this time around, what I needed to say was something more personal, more internal and not being afraid to confront things head on, when the solution may not seem clear. I feel like anything else wouldn’t be true to what I’ve been through, and where I’m at right now. Sometimes life sucks. Sometimes I feel depressed. But I still have hope. And I feel like I should be able to say those first two things without sugar coating them.”

Discover more about Death Therapy during The Antidote’s interview with Jason Wisdom. 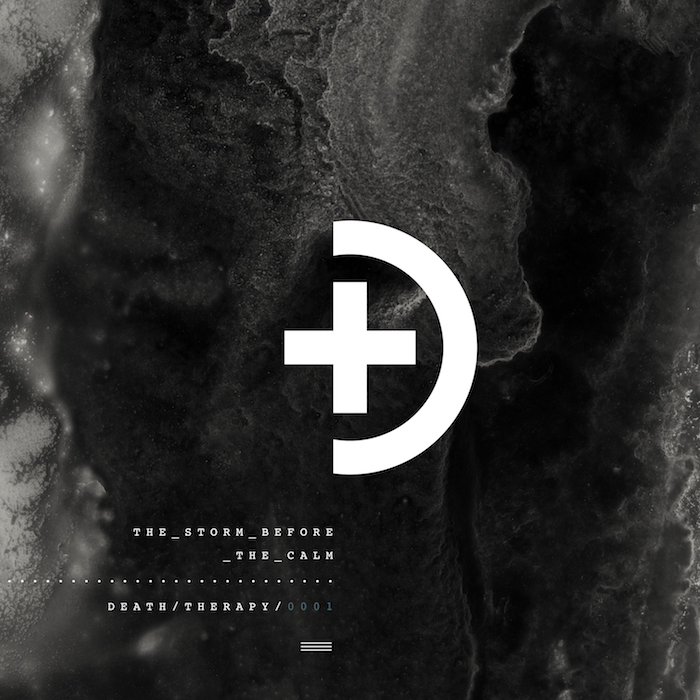