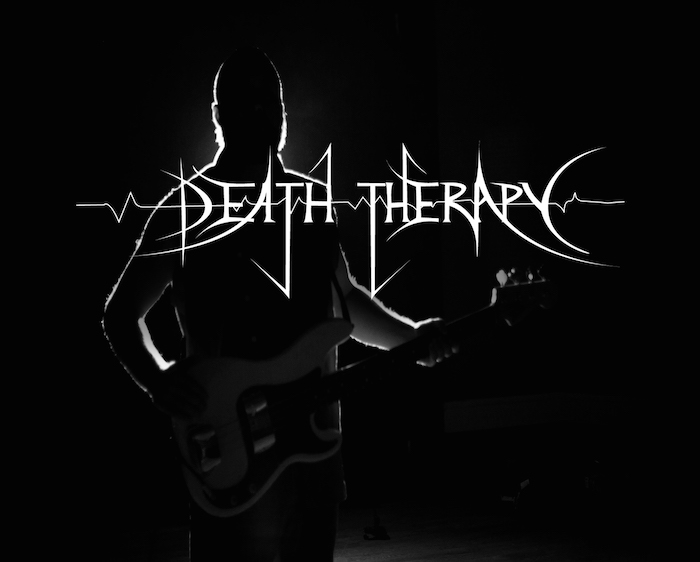 Death Therapy is the solo project of Jason Wisdom, former lead vocalist and bassist for Becoming the Archetype, forged with the Christian melodic death metal band, Solamors. Giving a nod to the Bill Murray comedy, “What About Bob”, Death Therapy was conceived in 2010 with a vision to craft music that is bass guitar driven, dark, groovy, and heavy.

With Death Therapy, I’m not trying to invent some new genre. I’m not aiming to blow anyone’s mind. I am just writing music that I like. Dark, groovy, and heavy. If teenagers hate it and say it sounds like something their dad would listen to…well, I hope they let him hear it. If hipsters hate it for being neither vintage nor cutting edge, that’s fine. I’m not shooting for either. Just shooting for something I like.

Edgy and impressive, layered with synths, Death Therapy may be destined to innovate the metal genre.