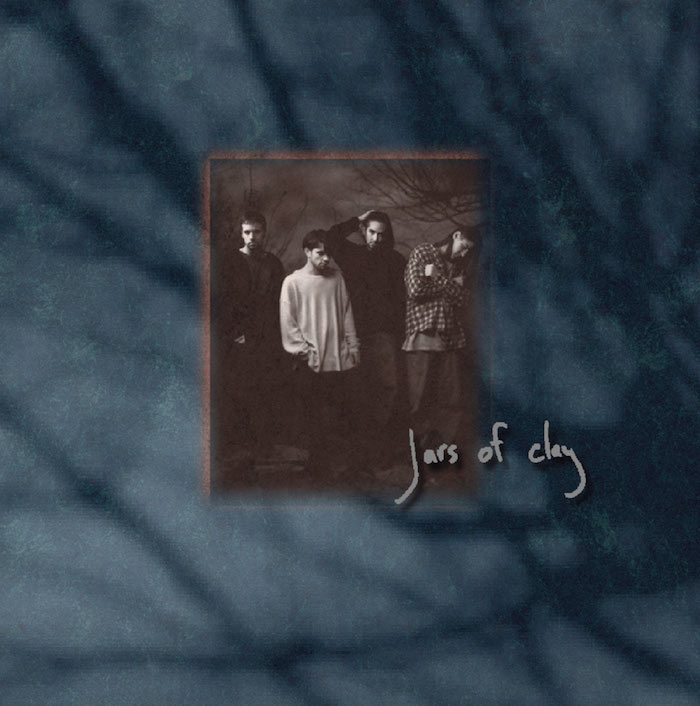 Seldom does an artist’s debut recording turn platinum and that success is even less common when it comes from artist with a Christian perspective. Today, Oct 24th, marks the 20th anniversary of Jars of Clay‘s eponymous album. This ground-breaking release gathered the attention and acclaim of not only a Christian audience, but the mainstream market as well.

Jars of Clay with it’s emphasis on acoustic guitar, strings and layered vocals gave the album a definitive edge over much of the angst inspired music of the ’90’s. It was also a break from the non-distinctive sound that was coming from dominant artists in Contemporary Christian Music (CCM).

Popular singles, “Love Song For A Savior”, “Sinking”, and “Like A Child” were found on the release, but it was one particular song that grabbed the world. A song that will forever be on my top ten list. Opening with an unforgettable guitar riff, its unusual tonality, and a memorable chorus, “Flood” became an instant success.

While successful and popular to this day,  Jars of Clay never again reached this level of artistry. But the debut album,  Jars of Clay, has set its place into music history and will forever have changed the world’s view of Christian artists.