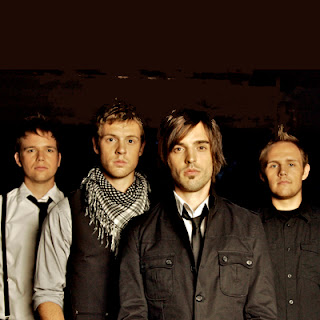 On July 12th, the London, ON based band, Article One, announced that they had decided to call it quits after seven years of creating music. The band had their beginnings in 2003, and were then known as Appertain Display. The band chose to change their name to Article One in 2006. The new name reflecting the first article in the Universal Declaration of Human Rights. This article states that “All human beings are born free and equal in dignity and rights. They are endowed with reason and conscience and should act towards one another in a spirit of brotherhood.”

Article One was well know for being having one of the best on-stage performances. Brothers Nathan Piche (vocals, guitars, piano, bass) and Matt (violin, mandolin, vocals) along with Dave De Smit (drums, vocals) and newcomer Nolan Verne (bass), created a wild night of musical entertainment and worshipful ministry.

In 2006, Article One was signed to Inpop Records, the same label as blockbuster performers newsboys, Superchick and Matt Kearney. Article One went on tour with newboys for newboys 2008, “GO” tour. Mentoring by newsboys was evident in later Article One concerts as the band upped their on stage performances. The short-lived Inpop years saw the re-release of their independent AO CD and 2008’s Colors and Sounds. Last October’s release of the CD Clarity found the band returning as an independent band.

The band posted their official disbanding announcement on their website:

If you have been to our website recently, you may have noticed a lack of touring dates on our schedule. There is a bitter-sweet reason for this. We, as Article One, have decided that we will no longer be touring. This was a decision we came to as a band, and it was completely amicable. There were a number of factors that came into consideration — the rigors of road life, being away from loved ones, and changes in the industry — which played a large part in our decision. While we don’t want to rule out the possibility of playing together again in the future, we will be focusing on new projects and careers away from the music industry.

We want to sincerely thank everyone who supported us over the years. We’ve met so many amazing people from all over the world, and we are grateful for and humbled by all the generosity and hospitality that we experienced. To everyone who opened up their homes to us, cooked a meal for us, or helped us get our van back on the road, or supported us in other ways, thank you. We truly could not have done it without you.

A special thank you to our fans. It has been our pleasure performing and leading worship for you, and we hope that our music has been an inspiration to you. We want to thank you all so much for coming out to the shows and supporting us! We love you all.

We also want to thank our past band-mates: Nolan Verner, Marty Lewis and Mark Laidman. It was a pleasure traveling around with you guys.

Lastly, but most importantly, we want to thank the Lord for His faithfulness. He kept us safe on the road for 7 years, blessed us with amazing friendships, and gave us the opportunity to see so much of the world. All the glory goes to Him.