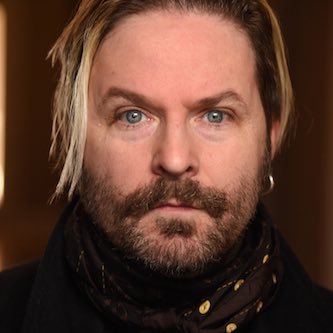 Kevin Max holds a special place in the hearts of Christian music lovers for his role in the phenomenally popular dcTalk. But that era was in the last century, prior to the ongoing solo career of Max. With one of the most distinctive voices in the music business, Kevin Max has created numerous releases with a broad diversity of musical styles, ranging from the avant garde Fiefdom of Angels, the spoken word dedicated Raven Songs 101, the musical diversity found on Stereotype Be, to the enigmatic The Imposter, and last year’s mushy pop radio friendly, Broken Temples.

2016 brings in a another era for Kevin Max with his upcoming release, Playing Games With The Shadow. Max describes his intentions for the new album:

1. It is the first album that I have written every song from start to finish. Even as early as Jesus Freak with dctalk, and my first solo album ‘Stereotype Be’…. I have co-written with other writers. I believe in collaboration… I think its important and live giving… but this is the first time, I was completely isolated with my own thoughts and produced songs on my keyboard, with no one else to interject their thoughts. I have obviously given the production credit to the wonderful John Mark Painter, and there are a plethora of my friends that played on the album, but these songs are truly and purely mine.

2. It is the first album that that I have played on, primarily on every song, with the keyboards. I am not a great keyboardist, I am alright, but I influenced these songs so heavily that I felt that I should be on them as a player as well. As a singer, sometimes the producer feels that other musicians would be better suited for the task of playing…. Singer/Players are very rare…. I don’t consider myself good enough to get a gig as a keyboardist on the road, with lets say, “Bryan Ferry or Sting’…. but I can hold my own in the studio. John Painter was generous enough to let me play on all of these tunes…. the exceptions to the rule are the rock songs…. I did not play on Election, Muzick Is Magic or William Blake…. even though I wrote every one of them on my crappy Casio synthesizer.

3. When I accomplished my first solo album ‘Stereotype Be’ back in 2001, I was a greenhorn. I really just wanted to write an album that felt like Sgt. Pepper’s or David Bowie’s Ziggy Stardust…. with ‘Playing Games With The Shadow’ I have evolved as a songwriter to a point that I feel I understand my own style. I feel ‘developed’ or, to use another fitting term, a ‘finished work.’ I am still growing and learning as an artist, and I truly feel like my best work is still ahead of me, but this is the first time I feel totally realized on a project. All my thoughts and melodies are laid bare…. just like on the song ‘Skin Of Our Teeth’… I wanted to show the raw qualities of my musicality.

Max is taking pledges for his upcoming release. If you’re anxiously awaiting the album, you’ll have 8 immediate tracks available for download from Playing Games With The Shadow.  http://www.pledgemusic.com/projects/kevinmax3

I doubt whether anyone has ever understood the musicality of Kevin Max, including Max himself. Nevertheless the single “The Girl With The Tiger Eyes” from Playing Games With The Shadow is an inspired piece of music.