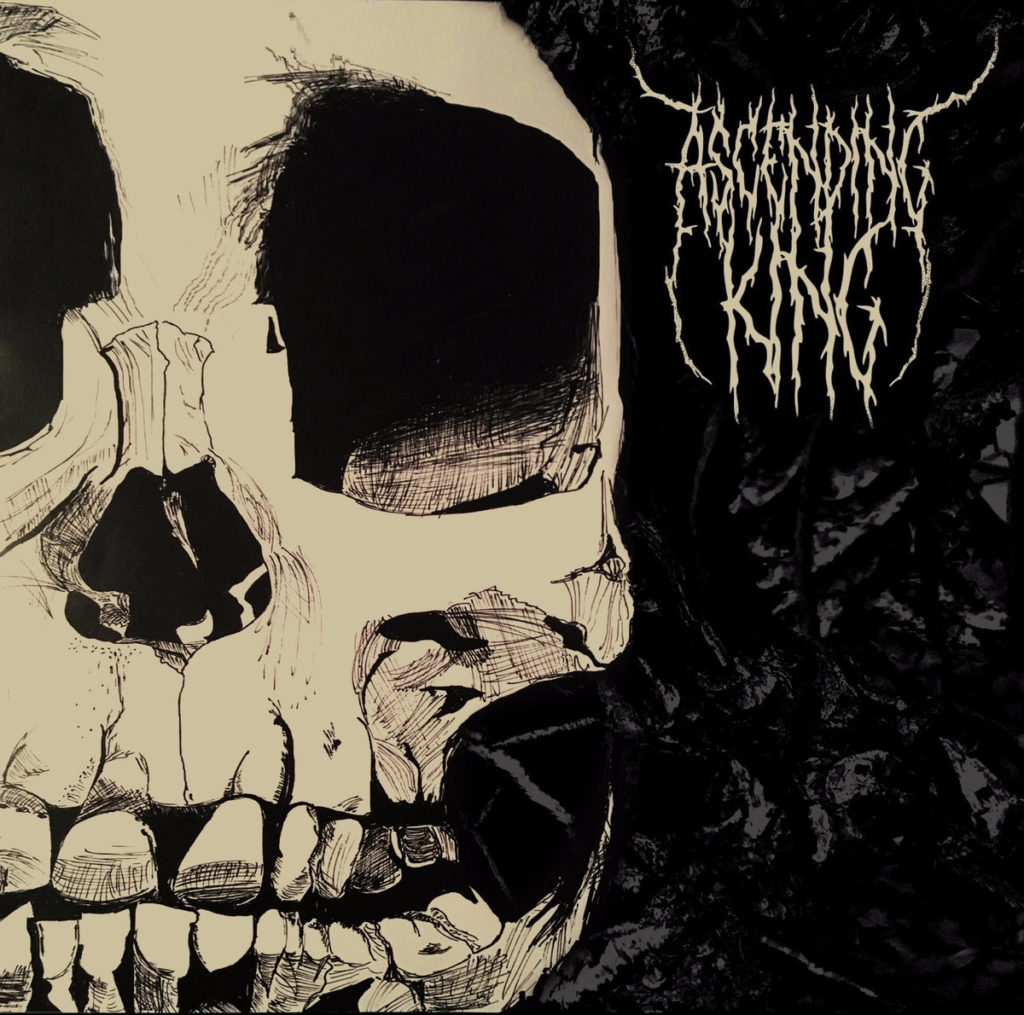 The malice of man will become extinct, and we shall move into a new age. – “Stench of Man”, Ascending King

Ascending King is the brainchild of one man, Aaron Kirby. Kirby spent close to a decade with  the northern Texas metalcore band Dryline (Zero Sum Recordings). Taking the stage name Ruah (Hebrew for spirit), Ruah has shown a powerful spirit on his debut EP, Funeral Of A Species.

I came to Funeral Of A Species expecting a hurricane force assault. Not so. The EP carries a forceful intensity while allowing its subtleties to come forth. Ascending King has allowed the songs to build and envelop the listener. Focusing on the final days on Earth, the songs carry a message of destruction. Yet there remains the hope of renewal and victory over darkness found on the closing track, “Eternal Extinction of Appolyon”.

Bring me your morning star,
And I will show you the True Light,
The graves will empty and the oceans will dry,
To prepare for the re-birth

Lovers of blackened/doom metal are guaranteed to embrace Ascending King’s Funeral Of A Species. Find the release on Nosral Records Bandcamp page.